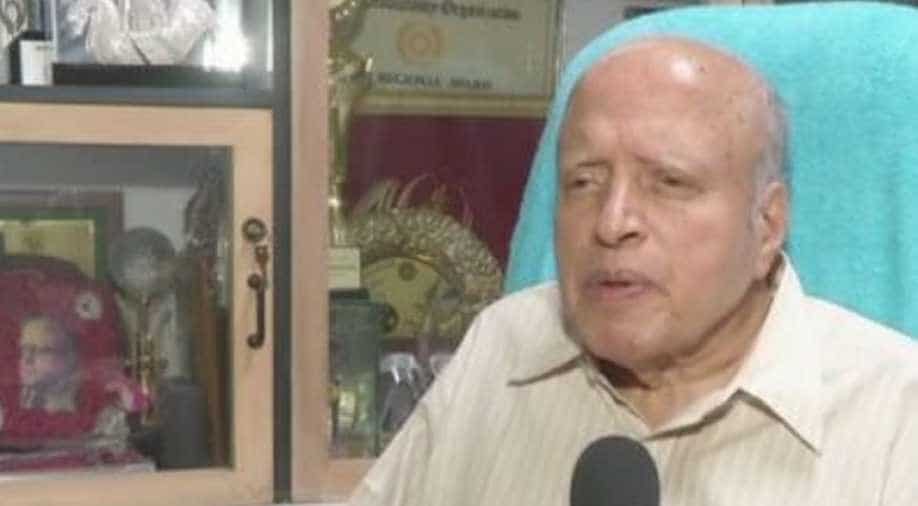 The veteran scientist suggested that the governments of Delhi, Haryana and UP set up rice Bioparks.

As Delhi-National Capital Region (NCR) and adjoining areas are reeling under a severe blanket of hazardous pollution that is said to be caused predominantly by crop stubble burning, Agricultural Scientist M S Swaminathan states that the solution lies in turning waste (crop stubble) into wealth by upcycling it.

In a series of tweets, the scientist who is fondly known as the Father of India’s Green revolution suggested the long-term course of action for the governments of Delhi, Haryana, and Uttar Pradesh.

Highlighting that the air pollution in Delhi which has become a matter of public health concern nationally and internationally, with the farmers being blamed for stubble burning, he compared the situation with South India where stubble is not burnt due to the economic value associated with it.

“For years I pointed out many economic uses of rice straw and we should adopt an approach with farmers to convert rice stubble run income rather than making them agents of eco-disaster”, he said.

He took the example of the recently established RiceBioPark at Nay Pyi Taw, Myanmar, that was established by the MS Swaminathan Research Foundation, with funds from the Ministry of External Affairs and inaugurated by the President of India.

“The rice bio park shows how stubble can be utilized to make products including paper, cardboard and animal feed”, he said.

According to the MS Swaminathan Research Foundation website, “The rice bio park concept was conceived by Prof M S Swaminathan. Rice is the major livelihood supporting crop of Myanmar. However, farmers have been largely using only the rice grain and were wasting the other rice biomass. The straw at 1:1 grain to straw ratio is either burnt resulting in pollution or thrown away in many places. Farmers are unaware of the rich income potential from bio-mass, by creating value-added products from the straw, husk, and bran. The initiative, when it becomes fully functional is to increase the income of farmers and provide jobs in value addition with the goal of moving from poverty to prosperity.”

The veteran scientist suggested that the governments of Delhi, Haryana and UP set up rice bio parks where farmers can convert stubble into income and employment. “We should stop blaming farmers since it will take us nowhere. Instead, we should propose methods which are economically and ecologically desirable”, he added.