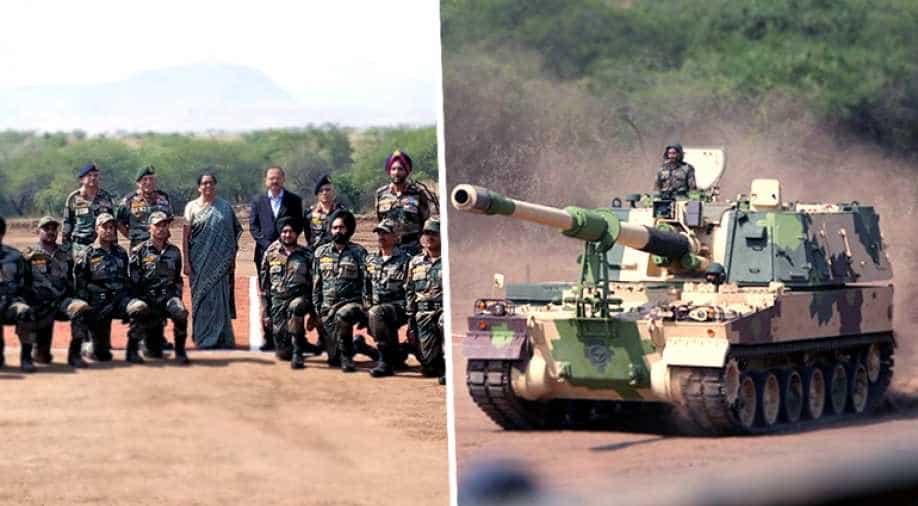 The third gun system inducted is the 'Composite Gun Towing Vehicle' for towing some of the existing guns in service with the country, while K-9 Vajra is a self-propelled artillery gun.

@DefenceMinIndia inducts state of the art gun systems including M 777 ULH and K9 VAJRA guns in Army after a gap of over three decades and gives the credit to laborious efforts of MoD and Services. @adgpi @indiannavy @IAF_MCC pic.twitter.com/xkVQ6p1Iex

The induction ceremony comes ahead of establishing the first regiment - each comprising of about 18 guns - of the M777s and the Vajra by around mid-next year, an official said.

For procuring 145 M777s, India in November 2016 had entered into a contract with the United States under the Foreign Military Sales programme for Rs 5,070 crore.

The M777s, which have been used in operations in Iraq and Afghanistan, can be easily transported to high altitude areas by helicopters.

Induction of 100 K9 Vajra at a cost of Rs 4,366 crore is to complete by November 2020. The first batch of 10 guns will be delivered this month, Defence Ministry spokesperson Colonel Aman Anand told reporters on Thursday.

The gun has a maximum range of 28-38 km. It is capable of burst firing three rounds in 30 seconds, intense firing of 15 rounds in three minutes and sustained firing of 60 rounds in 60 minutes, he said.

The Army is also going to raise seven regiments of 145 M777 howitzers.