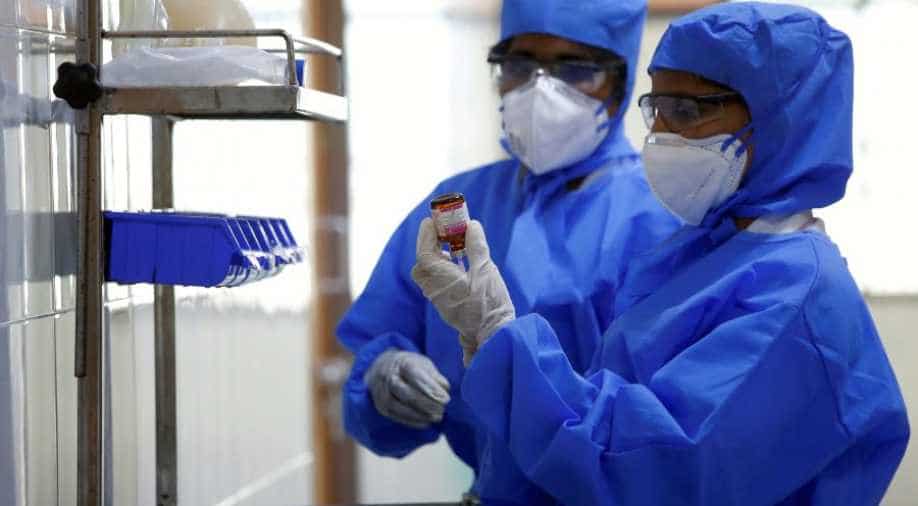 He had died as a "coronavirus suspect" at a government hospital in Gujarat's Ahmedabad. But his kin later received a call saying his sample had tested negative and, hence, they should shift him to a non-COVID ward.

Destiny had a surprise -- albeit, a sad one -- in store for a Gujarati family hours after they performed the last rites of a 71-year-old man.

He had died as a "coronavirus suspect" at a government hospital in Gujarat's Ahmedabad. But his kin later received a call saying his sample had tested negative and, hence, they should shift him to a non-COVID ward.

The call led to panic and confusion among relatives of deceased Devram Bhosikar who worried if they had cremated the right person as they had not seen the face since the corpse was wrapped as per COVID-19 protocol.

The Gujarat Cancer Research Institute, where the man died, had, however, correctly confirmed his identity.

"On May 28 afternoon, I admitted my father-in-law in the trauma centre of GCRI. From there, he was transferred to the COVID ward and his sample collected for testing. On the second day, I received a call from the COVID centre saying that my father was doing fine," his son-in-law Nileshbhai said.

At the time of the death, the family had not got the coronavirus test report, he added.

The family then got a call from a operator at the hospital on May 29 night informing them the man's report was negative and that they should now shift him to the non-COVID ward at the facility.

"We wondered if we had performed the last rites of our father or someone else as we had not seen his face," the son- in-law said.

In a statement, Shashank Pandya, Director, GCRI, said there was no truth in the claim that relatives were handed over the body of another person.

"Devram Bhosikar was admitted to the hospital on May 28 and suffered from cough, had trouble breathing, and his relatives said he was suffering like this since the last four days. As per his chest X-ray, he likely suffered from pneumonia and was already in serious condition," Pandya said.

"As per COVID-19 protocol, we collected his swab for coronavirus testing. On May 29, he passed away even before his COVID-19 report was made available. He was counted as a coronavirus suspect case because he showed symptoms and hence, his last rites was performed as per the protocol," he said.

"His coronavirus report was received at 10:30 on the night of May 29. His relative was thereby informed about this. The man at the control room has no idea about the last status of the patient, and hence, he informed the relatives that they can transfer the patient from COVID ward to the normal ward, which actually confused them," he said in a statement.