China's 'Malacca dilemma': How India can control the Dragon on the high seas 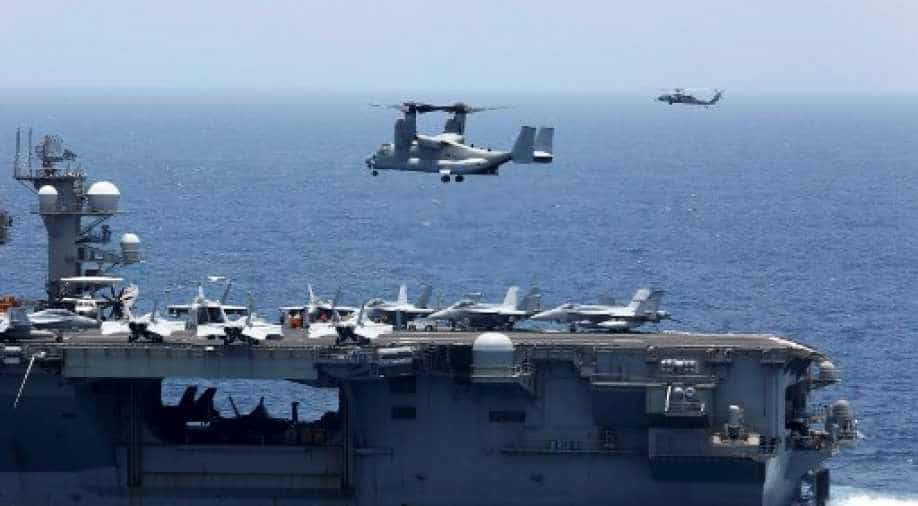 The Malacca Strait one of the most congested waterways in the world. Reports say around 75,000 ships pass through the Strait.

The India-US drills on the high seas is a move to deter China. In fact, naval power could be India's answer to Chinese aggression. The exercises help New Delhi to only project its power but, it also adds to Xi Jinping’s headaches.

The Indian Ocean neighbourhood from the Strait of Hormuz between the Persian Gulf and the Gulf of Oman to the Strait of Malacca near the Andaman and Nicobar islands has more than 60 per cent of the world’s petroleum exports which moves from the shipping lane and India can choke China right there.

The Strait of Malacca has been a headache for China. In 2003, former Chinese president Hu Jintao had referred to it as “the Malacca dilemma" because China needs it open and India has the power to control it.

The Malacca Strait is a shallow and narrow waterway. It is one of the most congested waterways in the world. Reports say around 75,000 ships pass through the Strait. It is also a seaway that links the Indian Ocean with the South China Sea and whoever controls it can place a stranglehold on China’s energy supplies.

In 2016, 80 per cent of China’s oil supplies passed through the Malacca Straits, if India were to control it, then China will lose access to a vital artery for global trade and Chinese ships will have to take a longer route.

According to an estimate, China’s shipping costs could increase by more than $64 million if the Strait of Malacca is closed for even a week, another estimate says alternative routes could cost Beijing anywhere between $84 to 220 billion a year.

A situation like that would add to China’s problems. It already faces a territorial dispute in the South China Sea and with tensions are growing last week as the United States declared that most of China's claims to the South China Sea illegal, New Delhi too has taken a stand.

The ministry of external affairs issued a statement which questioned China's attempts to grab territory in the South China Sea. China knows the Strait of Malacca is its achilles heel, so, it has been sending ships close to the Andaman and Nicobar islands.

Last year, Chinese naval vessel Shin Yang-1 was chased away by the Indian navy which was allegedly snooping near the islands. Now, with drills in the area, New Delhi has sent a message to Beijing that it won’t have its way on the high seas.