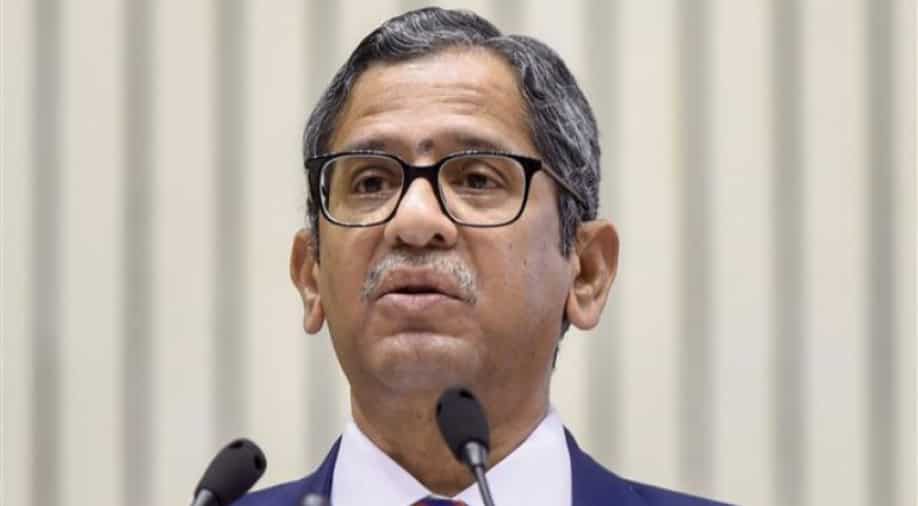 Ramana also highlighted that most of the 24,000 approved positions for judicial officers on India's lower courts remain unfilled

Chief justice NV Ramana on Saturday (April 30) said that India has a backlog of 40 million cases in lower courts.

"We have 20 judges per million population, which is highly inadequate to deal with the rising trend of litigation," Ramana told a conference attended by Prime Minister Narendra Modi and chief ministers of most states.

He also highlighted that most of the 24,000 approved positions for judicial officers on India's lower courts remain unfilled.

Meanwhile, Modi said, "I would appeal to all CMs and CJs of high courts to give priority to these matters on the basis of humanitarian sensibility and the law."

"We need to encourage local languages in courts. This will not only increase the confidence of common citizens in the justice system but they will feel more connected to it."

"In 2015, we identified about 1,800 laws that had become irrelevant. Out of these, 1,450 such laws of the Centre were abolished. But, only 75 such laws have been abolished by the states," he added.

Prime Minister Modi said as India celebrates the 75th anniversary of Independence, the focus should be on the creation of a judicial system where justice is easily available, is quick and for everyone.

"In our country, while the role of the judiciary is that of the guardian of the Constitution, the legislature represents the aspirations of citizens. I believe that the confluence of these two will prepare the roadmap for an effective and time-bound judicial system in the country," he said.

PM Modi also reiterated his vision of the use of technology in governance in the context of judicial work.