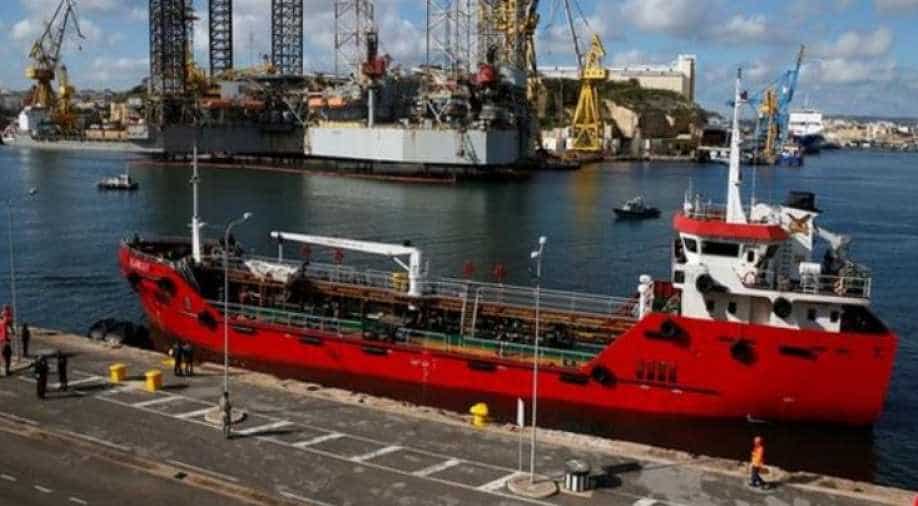 On December 3, 18 Indian national crew members were abducted from the ship 'Nave Constellation' at high seas near Nigeria

A city engineer and his wife are among the 18 Indians who have been kidnapped by pirates near the western coast of Nigeria earlier this week.

Vijay Tiwari, who is an engineer with Merchant Navy, and his wife Anju were kidnapped by pirates when they were onboard a Hong Kong-flagged vessel on December 3, his family said.

"Vijay's company informed us that he had been kidnapped. They said they were trying to rescue them but then nothing happened. After that, we contacted the media and the district magistrate," SP Udhadhyay, a family member said.

Speaking to ANI, ASP Praful Thakur said that Tiwari was employed with a shipping company in Nigeria, and added that the administration was working for his early rescue.

"We are taking this matter very seriously. Higher authorities are ensuring assistance to the family. The SSP has spoken to the family members. We will provide them every possible support," Thakur said.

Chief Minister Bhupesh Bhaghel also spoke to Vijay's younger brother over the phone and assured him of all possible help from the state government.

"I told him that state officials were in regular touch with officers of the External Affairs Ministry for an early rescue," Baghel said.

Responding to reports of the kidnapping on Friday, External Affairs Ministry spokesperson Raveesh Kumar said that the ministry is working closely with the Nigerian authorities in this regard.

"On December 3, 18 Indian national crew members were abducted from the ship 'Nave Constellation' at high seas near Nigeria. We are working closely with the Nigerian authorities," the MEA spokesperson said.

The pirates managed to board the vessel and kidnap 19 crew members before escaping. The 19 seafarers comprised 18 Indian nationals and one Turkish national.The vessel is now said to be safe and under the escort of the Nigerian Navy. The whereabouts and details of crew members are yet to be ascertained.