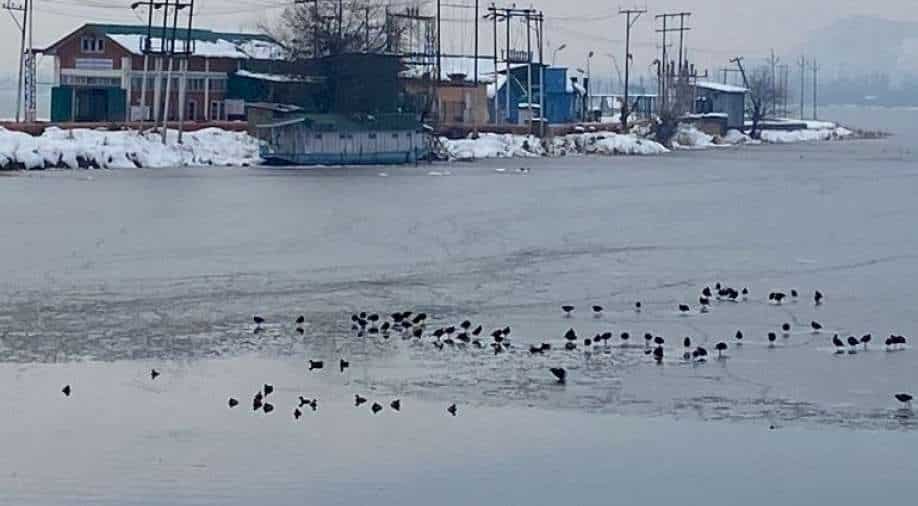 The Jammu and Kashmir administration has banned the entry of poultry into the union territory following the outbreak of bird flu in neighbouring states.

An order issued by principal secretary, agriculture and animal husbandry department, said, "in the wake of the spread of bird flu in neighbouring states of J&K as a measure of abundant precaution and view of the declaration of whole J&K as 'controlled area' for bird flu disease, the government of UT of J&K imposes complete ban on import of live birds, including poultry and unprocessed poultry meat for any purpose into the union territory of J&K with immediate effect till 14-01-2021."

Although there have been no confirmed cases of bird flu in J&K in the Rajouri district of the Jammu region, several crows were found the dead following which authorities have taken their samples for testing.

Every year thousands of migratory birds from Europe and other parts of the world make Kashmir their home and with the fresh snowfall, experts believe it’s hard for them to find survival food.

“We believe since marshy lands are frozen, waterbodies covered with snow, several migratory birds have moved to states like Punjab which could be troubling because they will return,” said an official adding that a close eye is being kept on the situation.

Experts have told WION that migratory birds cannot be a primary source of infection as they have arrived in September. “But with the snow and cold condition, mixing of these birds with local ducks and geese population in local waterways outside the protected zones can cause havoc among the migratory bird population,” he said adding that “worrying part is the illegal hunting of these birds which can transmit the disease.”

Four states in India have reported the outbreak of bird flu following which the Centre has also asked states to be prepared for any eventuality.