Battle of Haifa: How Jodhpur, Mysore and Hyderabad Lancers beat the Germans in World War-I 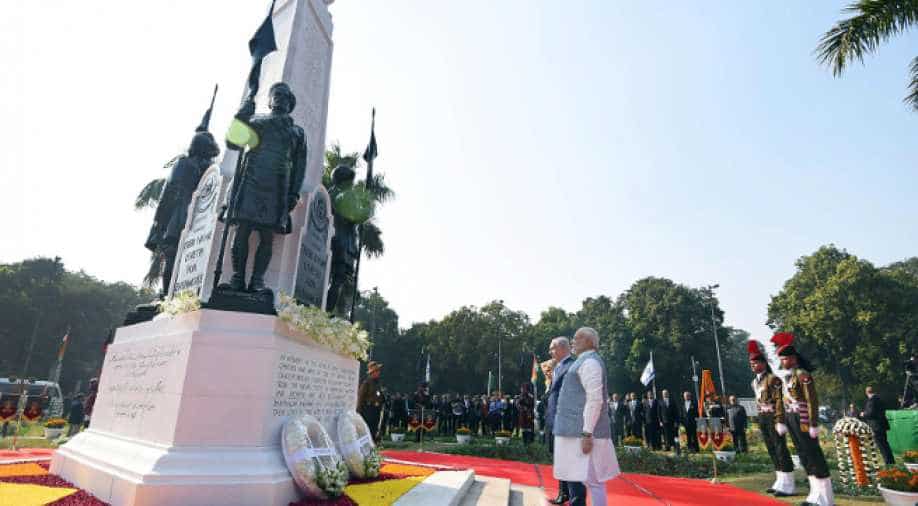 The battle of Haifa largely forgotten in India involved Indian troops who fought the German and the Ottoman Empire troops at Haifa, a strategic supply base. In a series of battles, the allied troops attacked the port to liberate it on 23rd September, 1918.

India's 61st cavalry of the Indian Army celebrates 23rd September as "Haifa Day". It was widely regarded as the last successful cavalry charge of the Indian army.

In Pics: See how battle of Haifa was won

PM Modi during his visit to Israel last year in July had paid homage to 44 Indian soldiers who had died fighting the Germans and Ottoman Empire troops at Haifa.

The battle is a testimony to the important role played by the Indians in World War-I.

During the battle, the 15the Indian service cavalry brigade composed of Indian cavalry units laid siege on the fortified port city of Haifa. The Indian units drawn from the cavalry of India's princely states of Jodhpur Lancers led the charge at Haifa, they were amply supported by the Mysore Lancers and Hyderabad Lancers.

The Ottoman and German commanders defending the port were armed with the heavy artillery and machine guns, the Mysore Lancers attacked the Austrian battery of light field guns which was stationed at the back of Haifa, cutting off reinforcements.

The Jodhpur Lancers charge was directed head-on at the Ottoman artillery which was made difficult due to the quicksand at the river alongside Haifa.  The brave Indian-mounted units through smart manoeuvering managed to capture 30 prisoners and two machine guns and significantly opened an access route to Haifa.

At the end of the battle, the Indian cavalry lancers captured 1350 German and Ottoman soldiers and 17 heavy artillery guns and marched victoriously to Haifa.