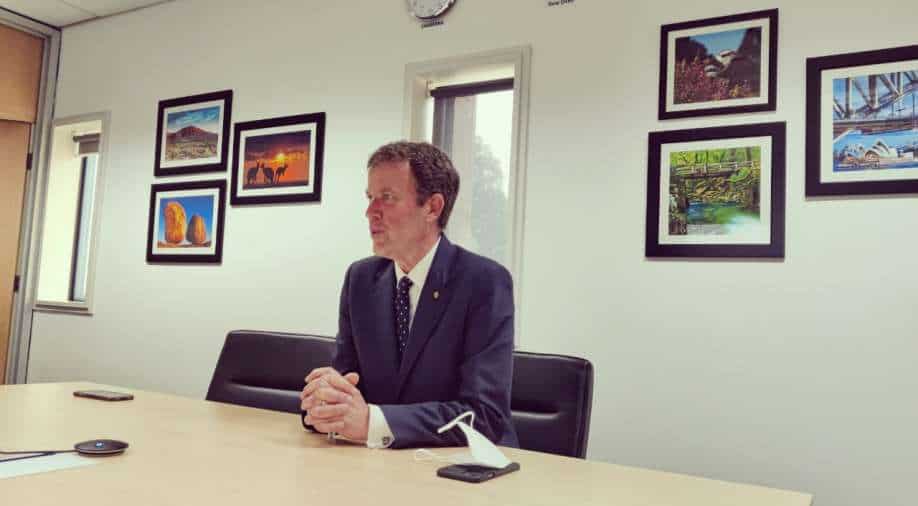 Australian Trade Minister Dan Tehan on Friday said that Canberra is looking to diversify trading relationships given the fact that our country has some difficulties in keeping economic relationship with China.

The visiting Australian trade minister, Dan Tehan, has said that his country is keen on diversifying trading ties, amid a spat with China that is straining economic ties between both countries. China has increased tariffs on Australian goods like wine and coal in the backdrop of Canberra raising the issue of the origin of the COVID crisis.

China's Wuhan reported the first case of the coronavirus, and questions remain about its being of natural origin or human made.

Dan Tehan, speaking to reporters in New Delhi, said,  "Australia currently has difficulties in our economic relationship with China. They have been very well documented and are one of the reasons we have been looking to diversify our trading relationships. We obviously, want to have a very constructive relationship with China, but we also understand, given the difficulties we are facing at the moment, the need to diversify. "

The comments come as Australia and India have announced that they will sign a free trade agreement by the end of 2022 and work on an interim agreement by December 2021.

Asked about the talks with his Indian counterpart, trade minister Piyush Goyal, Tehan explained,  "Focus of discussion was on economic partnership between Australia and India. I think both of us recognise there is a lot more we can do, with regards to the economic partnership. $25 billion doesn't represent the capacity of our two economies to really grow and work with each other to produce the outcomes that we both need. That was absolutely the focus. "

Both ministers met on Thursday for three hours, after which an announcement on the FTA was made. Both Indian and Australian trade ministers will again meet later this month on the sidelines of the G20 trade ministers in Italy.

Asked about lower import tariffs on Australian wine, the minister said, "There is nothing I would enjoy more than being able to provide India with some of Australia's fine wine. We produce the best wine in the world and it would be wonderful if Indians could enjoy a little more Australian wine at a more affordable price. "