Anees Bazmee: 'No Entry' sequel will be made even if Salman Khan says no 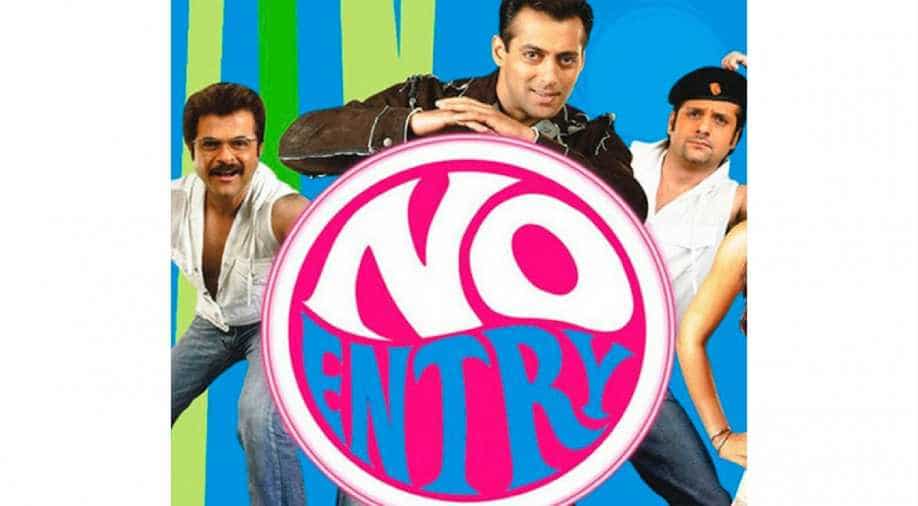 Salman Khan played the role of Prem in the movie who pushes other men to commit adultery. Photograph:( Pinterest )

Filmmaker Anees Bazmee announced a sequel to hit film "No Entry" five years ago when his script was in place.

It was even reported that the director was simply waiting for Salman Khan's nod to go ahead with the sequel titled "No Entry Mein Entry" back then.

Fast-forward five years and Anees has now decided to go ahead one way or the other.

As reported by PTI, Anees said, "Salman is a fantastic actor, he is a star. If he is part of the film then it is really very good, but if he doesn't want to do it, then we will have to think of another actor with all plus and minus points and accordingly work towards it (story). Whenever Salman is part of a film it does benefit (the film)."

In the original film, Salman played the role of Prem in what can be called an extended cameo, his character grew to be quite popular with the synergy of the film.

Talking about Prem, Anees said, "In the sequel, the role is bigger. It is an important role and we have to look at the advantages and disadvantages as to who is doing the film (if Salman is not doing the film). All I know is we are making the film and I share a great equation with Salman."

Earlier, there were rumours that Salman Khan, Anil Kapoor and Fardeen Khan would have a double role in the sequel. It was also being said that there would be ten leading ladies in the film, including Bipasha Basu, who played Bobby in No Entry.