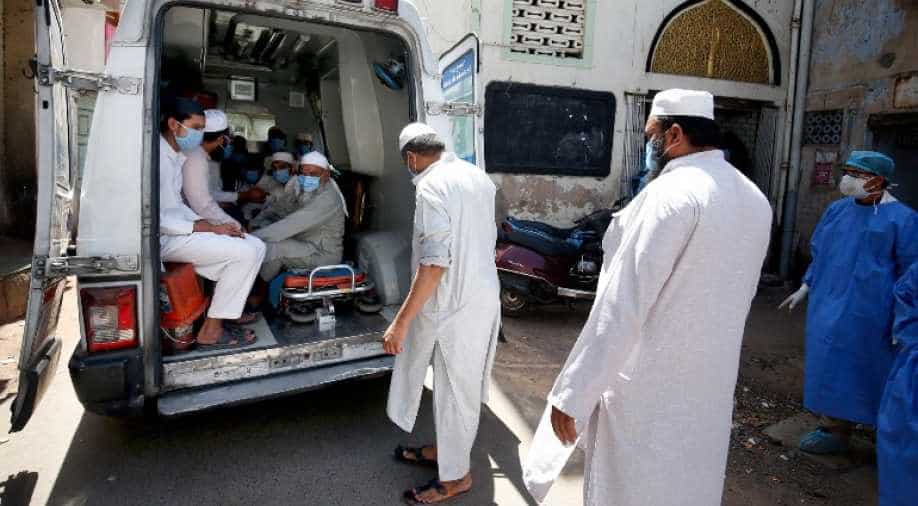 Medical workers take people who attended Tablighi Markaz of Nizamuddin in New Delhi, to the quarantine facility, in Ahmedabad on Friday. Photograph:( ANI )

The Tamil Nadu government on Monday informed the Madras High Court that all the 129 foreign members of Tablighi Jamaat detained in a special camp for various violations will be soon moved to Tamil Nadu Haj service society in Choolai area in the city.

"They have been detained for various lockdown violations and for involving in the preaching of their faith violating visa conditions. So far 14 FIRs have been registered. Now the state has decided to accommodate them in the society in Choolai. It has 89 rooms and a separate place for women," state Public Prosecutor A Natarajan said.

He made the submissions on the plea seeking a direction to the state to release the Tablighi Jamaat members, who are currently detained in a special camp for foreign prisoners.

Opposing the PP's submission, senior advocate for the petitioners Ajmal Khan contended that all the detainees are foreign nationals and they do not know the regional language.

"When this was the case, how could they be involved in religious preaching?" he asked.