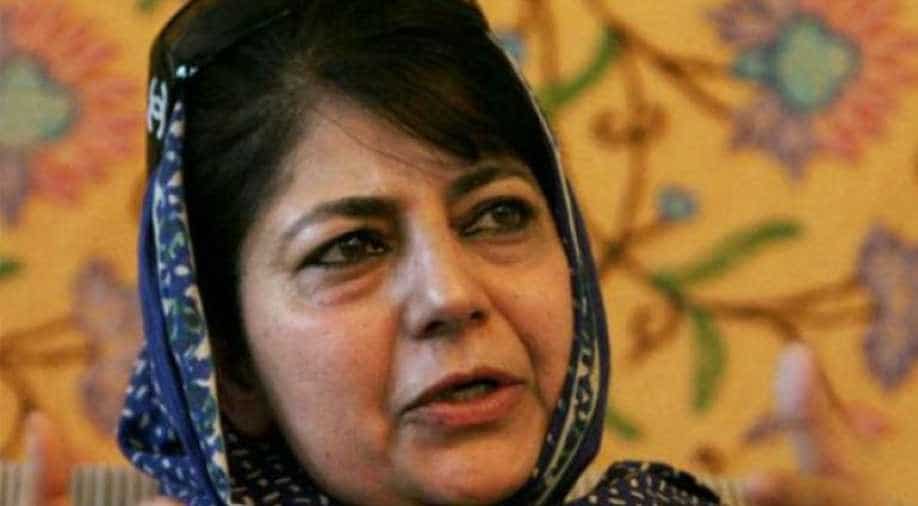 The meeting is scheduled to take place in Srinagar on Monday

The PDP leaders are scheduled to meet Mehbooba Mufti in Srinagar on Monday.

Speaking to ANI, PDP leader Firdous Tak said, "In the morning, we had requested the Governor to allow us to meet our party chief. Our request has been accepted. We will discuss the current situation and every other issue related to Jammu and Kashmir with Mufti. It has been two months since she and various other party leaders were put under detention."

Political leaders from Kashmir have been put under preventive detention following the abrogation of Article 370 which provided special status to the erstwhile state of Jammu and Kashmir.

People's Democratic Party (PDP) chief Mehbooba Mufti and National Conference leader Farooq and Omar Abdullah were prominent leaders who were placed under preventive detention by the Jammu and Kashmir administration.

A 15 member delegation of the National Conference on Sunday met with their party president Farooq Abdullah at his residence in Srinagar where he is currently under house arrest since the abrogation of Article 370. The delegation will meet his son, Omar Abdullah, separately, later in the day.