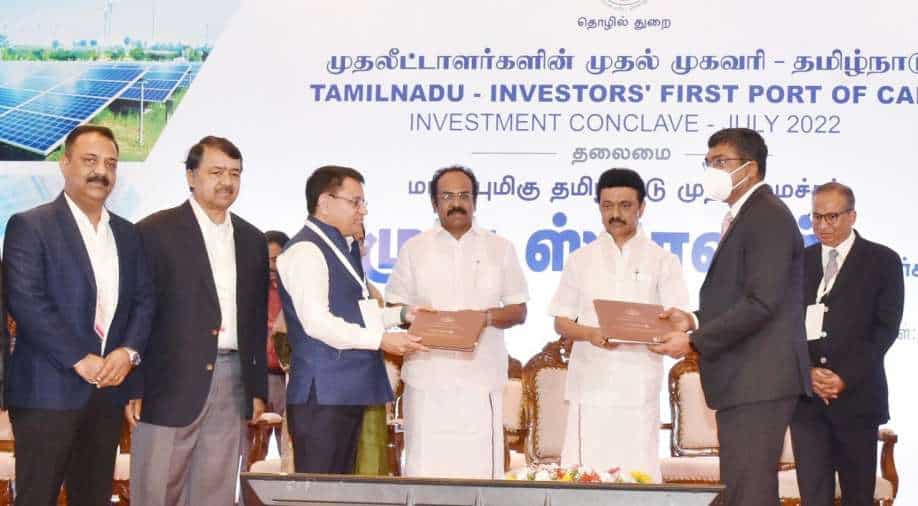 In the revised budget speech for 2021-22, the Tamil Nadu government announced a 'Life Sciences Policy' to develop the state into a global science manufacturing hub and a 'Research and Development Policy' to strengthen investment in the R&D sector.

The government in the Indian state of Tamil Nadu exchanged Memoranda of Understanding (MoUs) with various Indian and international firms, for a cumulative investment of Rs 1.25 trillion in 60 projects. When they fructify, the MoUs are expected to provide employment opportunities for nearly 74,900 persons. These MoUs were exchanged with firms spanning across domains such as Fintech, heavy industries, solar power, drone manufacturing, garments, automobiles, etc. at an Investors Conclave organised by the Tamil Nadu Government.

Presiding over the event, Chief Minister MK Stalin launched the 'Tecxperience' program, which is an umbrella suite of technology services that will be made available for free or at a discounted price for a limited period, to improve tech adoption in the state by individuals and start-ups. The Chief Minister also inaugurated TN PitchFest , a platform for start-ups in Tamil Nadu to reach venture capital firms and angel investors.

Speaking at the event, S Krishnan, IAS, Additional Chief Secretary to the Govt. Industries, emphasised how Tamil Nadu had risen in the National Ease of Doing Business ranking by progressing from the 14th rank to the third rank. On the MoUs signed over the past year, he said that 78 of the 132 MoUs were under implementation. "A 60 percent conversion rate within one year is a healthy sign for the state" he added.

In the revised budget speech for 2021-22, the Tamil Nadu government announced a 'Life Sciences Policy' to develop the state into a global science manufacturing hub and a 'Research and Development Policy' to strengthen investment in the R&D sector. In accordance with this, the Chief Minister launched the 'TN Life Sciences Promotion Policy 2022' and 'TN Research and Development Policy 2022'.

The event was held in the presence of top bureaucrats from the state, government officials and delegates from foreign embassies. Among the notable firms that exchanged MoUs are Tata Power, Cubic PV, USA, Infosys Limited, Mastercard, L & T, Tech Mahindra, etc.