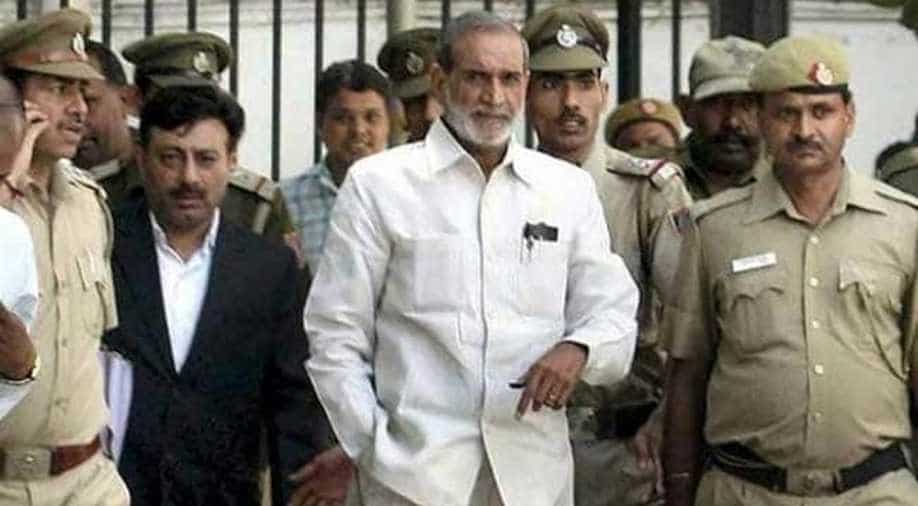 The 73-year-old former Congress leader was sentenced to life for the "remainder of his natural life" by the Delhi High Court on December 17. It had set a deadline of December 31 for Kumar to surrender.

Former Congress leader Sajjan Kumar on Monday surrendered before a court here to serve the life sentence awarded to him by the Delhi High Court in connection with a 1984 anti-Sikh riots case.

He surrendered before Metropolitan Magistrate Aditi Garg who directed that Kumar is lodged in Mandoli jail in northeast Delhi.

The court rejected Kumar's petition to be lodged in the high-security Tihar jail, but allowed his plea for security and directed the police to take him to the prison in a separate vehicle.

A lawyer present in the courtroom said the court considered Kumar's plea for security since there was a threat as he was also facing prosecution in another anti-Sikh riots case.

Lawyer of convict Sajjan Kumar after he surrendered before Delhi's Karkardooma Court in 1984 anti-Sikh riots case: Court has sent him to Mandoli Jail. Court has also ordered that a separate van would be provided for his movement due to security reasons. pic.twitter.com/OfypwRARkJ

While declining his plea to be sent to Tihar jail, the court said he was being sent to Mandoli jail in accordance with the rule.

The HC had set a deadline of December 31 for Kumar to surrender and on December 21 declined his plea to extend the time by a month.

The 73-year former Congress leader has filed a petition in the Supreme Court challenging the conviction and life sentence awarded by the HC.

The high court on December 17 convicted and sentenced Kumar to life imprisonment for the "remainder of his natural life". After his conviction, Kumar resigned from the Congress party.

The riots had broken out after the assassination of then prime minister Indira Gandhi on October 31, 1984, by her two Sikh bodyguards.

Earlier in the day, former MLAs Kishan Khokhar and Mahender Yadav, who was also convicted in the same case, surrendered before the court to serve their 10-year jail term.

Besides Kumar, the others convicted in the case were former Congress councillor Balwan Khokhar, retired naval officer Captain Bhagmal and Girdhari Lal.

In its judgment, the high court had noted that over 2,700 Sikhs were killed in the national capital during the 1984 riots which were indeed a "carnage of unbelievable proportions".

It also said the riots were a "crime against humanity" perpetrated by those who enjoyed "political patronage" and aided by an "indifferent" law enforcement agency.

The high court had further said there has been a familiar pattern of mass killings since Partition, like in Mumbai in 1993, Gujarat in 2002 and Muzaffarnagar, Uttar Pradesh in 2013, and the "common" feature of each was the "targeting of minorities" with the attacks being "spearheaded by the dominant political actors, facilitated by law enforcement agencies".

The high court had set aside the trial court's 2010 verdict which had acquitted Kumar in the case.