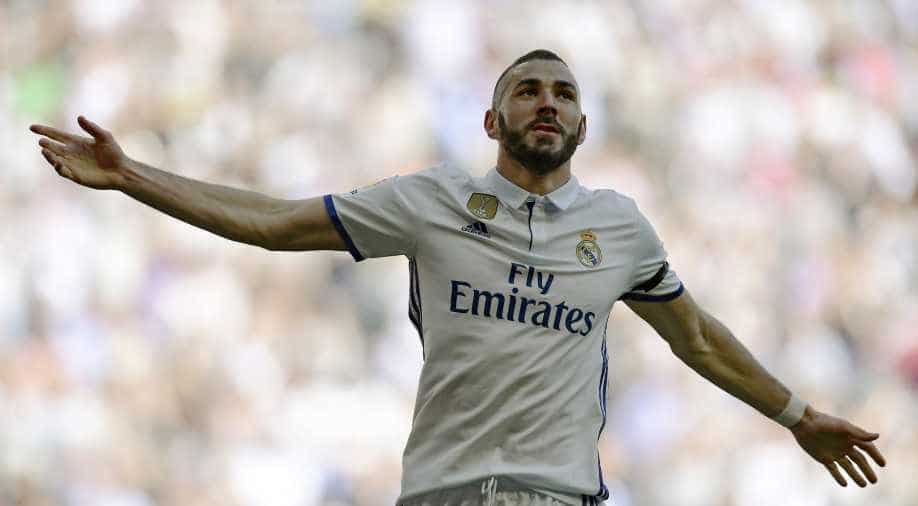 Real Madrid moved five points clear of Barcelona at the top of La Liga despite a lacklustre performance as goals from Karim Benzema, Isco and Nacho secured a 3-0 win over Alaves on Sunday.

Benzema volleyed home Dani Carvajal's cutback for the opening goal just after the half hour mark.

However, the European champions were grateful to Alaves' wastefulness in front of goal after the break as Deyverson and Edgar Mendez passed up huge chances to equalise.

Isco eventually made the game safe five minutes from time before Nacho rounded off the scoring moments later.

Barcelona can close back to within two points with victory at Granada later on Sunday.

"We were having problems, we weren't playing well and then all of a sudden Cristiano (Ronaldo) gets the ball, passes it to Isco and he controls and scores.

"That is what this team has. We know that at any moment we can hurt the opponent."

Zidane had handed a rest from the start to a host of his stars involved in international duty over the past week as captain Sergio Ramos, Marcelo and James Rodriguez were left out.

Yet, Zidane's plans were undone inside 10 minutes when Raphael Varane suffered a recurrence of a hamstring injury and had to be replaced by Carvajal.

"Rafa has damaged the same area as before, it isn't as bad as three weeks ago and we hope it is nothing major."

All three fired off target from the edge of the box as Madrid started brightly, but they had to wait 31 minutes for the opener.

Carvajal's burst of pace took him to the by-line and he picked out the unmarked Benzema to smash into the far corner.

Madrid's rhythm was disrupted by the half-time whistle, though, as Alaves were the better side for large spells of the second-half.

Deyverson headed over from point-blank range from Theo Hernandez's cross before Mendez passed up the visitors' best chance when he slotted wide when unmarked at the back post.

However, Isco settled their nerves when he rocketed Ronaldo's through ball into the roof of the net from a narrow angle.

And Nacho gave the scoreline an unjustified gloss when he tapped into an empty net after Fernando Pacheco made a brilliant save to tip Bale's free-kick onto the bar.

Earlier, an unsettling week for Sevilla ended with another disappointing result as they were held 0-0 at home by Sporting Gijon, leaving them fourth in La Liga on Sunday.

In the wake of Sporting director Monchi's decision to leave the club after 17 years, Sevilla boss Jorge Sampaoli cast doubt on his future before kick-off with Argentina reportedly interested in hiring him to salvage their floundering World Cup qualifying campaign.

However, Sampaoli's stock has fallen in recent weeks as Sevilla's winless run stretched to five games in all competitions despite dominating for 95 minutes at the Sanchez Pizjuan.

A draw is far more valuable for Sporting at the other end of the table as they move to within five points of safety in 18th.