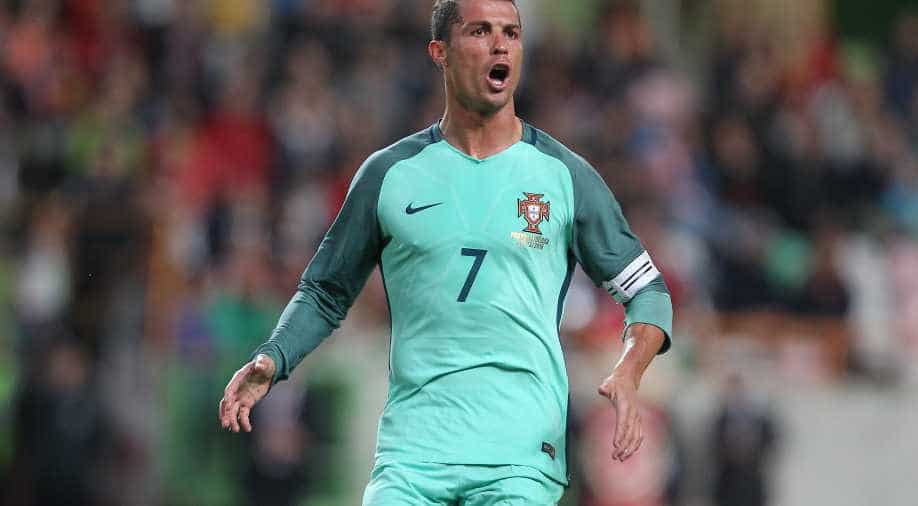 According to Ojogo, Ronaldo is showing more determination and resolve than ever before in the hope of leading Portugal to their first European title. Photograph:( Getty )

Follow Us
Portugal's press gave a big salute to Cristiano Ronaldo and the entire national team on Thursday after their 2-0 win over Wales clinched a return to the European Championship final for the first time in 12 years.

Daily sports newspaper, A bola, has a photograph of Ronaldo celebrating after scoring with the headline: "Portugal, je t'aime - heroic Selecao, reaches the final in Paris."

Ronaldo's impressive header early in the second half put Portugal on their way before the Real Madrid superstar saw his shot turned in by Nani soon after for the team's second goal.

Fernando Santos's side had not won a single game in the tournament over 90 minutes until Wednesday's dominant performance in Lyon.

Ronaldo scored 51 goals in 48 games in all competitions for Real this season and delivered the decisive spot-kick in the penalties during the Champions League final win against Atletico Madrid. But he had been under scrutiny after a poor start to the tournament in France.

His struggles are now in the past, with Lisbon-based Correio da Manha national newspaper shouting in a front headline: "Ronaldo flies to the final."

Wednesday's goal, his third of the tournament, saw the 31-year-old equal Michel Platini's record of nine in European Championship finals.

Sports dailies Record and Ojogo both had photographs of Ronaldo jumping higher than Wales centre-back James Chester to break the deadlock, with the former applauding Ronaldo in a headline that says: "Again he is the man of the match."

Online national newspaper Diario de Noticias shows Ronaldo celebrating on their front page with a quote from the captain that says: "The dream is here. I believe."

Ronaldo started in Portugal's 1-0 defeat to Greece in the final of Euro 2004 and also when the team reached the semi-finals four years ago but were eliminated by Spain on penalties.

The Publico national daily newspaper has a photograph of Ronaldo celebrating with his team mates on its front page with the headline: "All that is left is the Cup."

According to Ojogo, Ronaldo is showing more determination and resolve than ever before in the hope of leading Portugal to their first European title.

The Sports daily includes a quote from Ronaldo on their front page which reads: "I believe we will win in Paris."

Portugal will meet hosts France or Germany in Sunday's final in Paris.