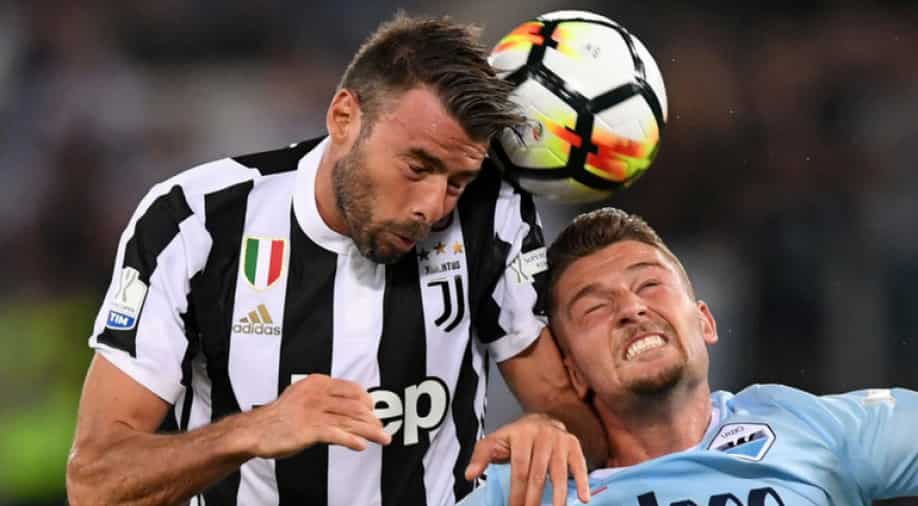 Lazio won the Italian Supercup for the fourth time after a stoppage-time goal by substitute Alessandro Murgia gave them a 3-2 victory over last season's domestic double winners Juventus at the Stadio Olimpico on Sunday.

Juve, who beat Lazio 2-0 in the Italian Cup final at the same venue in May after they had also won the league title, came back from a two-goal deficit in a frantic five-minute spell before Murgia netted the winner.

Lazio dominated the opening hour as striker Ciro Immobile fired them ahead with a 32nd-minute penalty after he was brought down by Juventus keeper Gianluigi Buffon and then headed a delightful Marco Parolo cross into the far corner in the 54th.

Looking out for the count, Juventus staged a late comeback as Argentina forward Paulo Dybala put them on level terms with goals in the 85th and 90th minutes.

Dybala curled in a superb free kick from 25 metres and then converted a penalty, throwing vociferous Juventus fans into raptures as both lots of supporters created a cracking atmosphere on the terraces.

But the Bianconi's celebrations were short-lived as Murgia swept in a low cross from the left at the death, delighting the Lazio contingent as he settled a rip-roaring curtain raiser to the Italian season.