Vicky Kaushal has a freaky treat on Friday the 13 for fans, see 'Bhoot Part One The Haunted Ship' poster 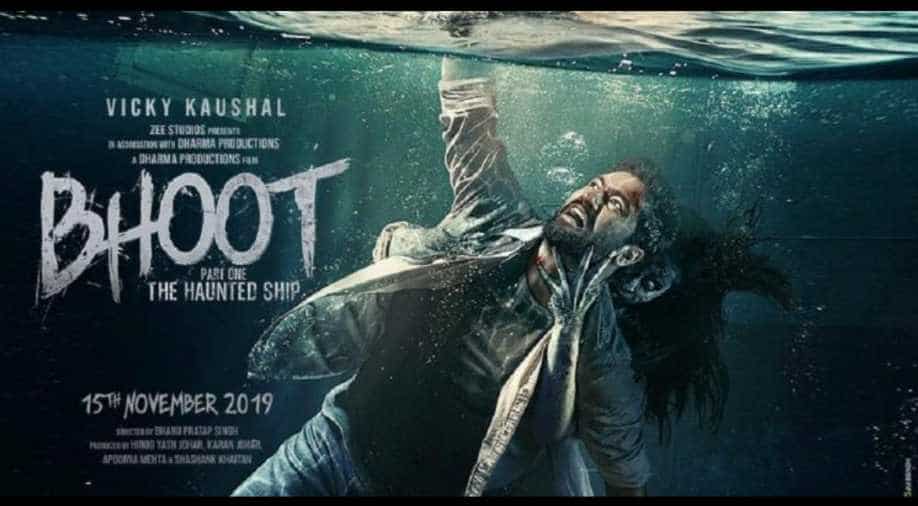 There haven’t been many Bollywood films one can remember that are great horror stories. Barring a few here and there, Hindi filmmakers have largely left the genre less explored. This is why when Vicky Kaushal starrer ‘Bhoot Part One The Haunted Ship’ was announced we were more than just excited.

Taking the excitement one level up, makers have now released a new poster of the film and we get to see more than just you can be ready to see in a poster. Starring Vicky Kaushal as what looks like the main protagonist, the poster shows Vicky drowning in an abandoned haunted ship as a ghost lunges on his back while he desperately tries to get out of the water. The film’s poster has a similar tone of bluish-green as seen in the first look poster that was released sometime back.

What adds to the creepiness is the timing of the release -- Friday, the 13th.

‘Bhoot Part One The Haunted Ship’ is directed by Bhanu Pratap Singh. It is based on the story of a haunted ship. The crew shot for the film in Gujarat on an abandoned ship.

‘Bhoot’ is being produced by Karan Johar and Shashank Khaitan. It is slated to release on November 15, 2019.