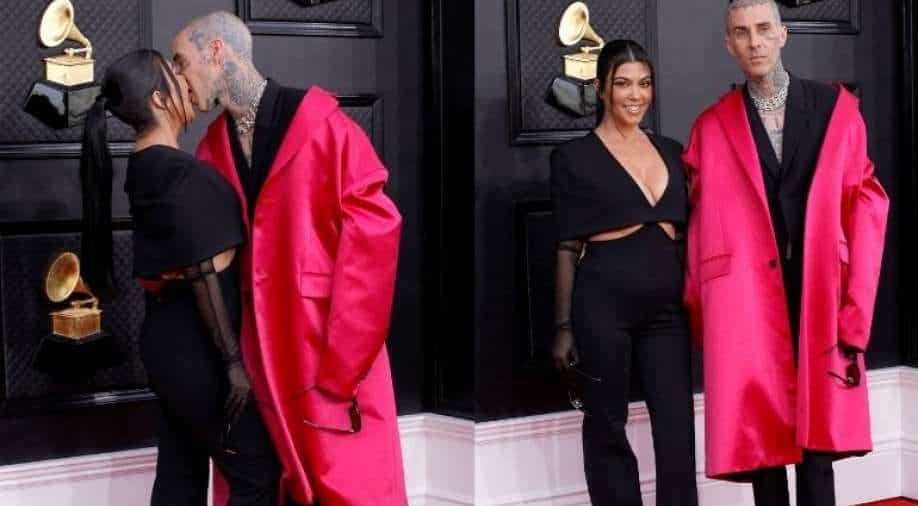 Taylor Hawkins passed away on March 25.

Travis Barker is paying a small tribute to his late friend and Foo Fighters drummer Taylor Hawkins. The drummer died last month on March 25 in Colombia.

Honouring his late friend, Barker has added a new tattoo to his body. Taking to his Instagram account, the 42-year-old 'Blink-182' drummer shared a series of photos of himself getting a new ink on his foot dedicated to Hawkins.

In the picture, he is lying on a table getting a tattoo and his love Kourtney Kardashian is standing beside him for support.

The ink is done by none other than celebrity tattoo artist Mark Mahoney. He also shared a close-up shot of the tattoo, which is of a hawk wing, along with a throwback photo of him with the late artist.

“HAWK forever 🦅,” he captioned the photo.

In a dedicated post last month, Barker also posted a long statement on his Instagram recalling how he called him a 'star'.

"I don't have the words," he wrote alongside a photo of Hawkins. "Sad to write this or to never see you again."

''I'll never forget Laguna Beach days when I was a trash man playing in a punk rock band and you were playing with Alanis [Morissette]. You'd come
watch me play in dive bars and be like, 'Kid you're a star,'' he added.

"And I thought you were crazy but you gave me so much hope and determination."

The 50-year-old singer passed away on March 25. He was found dead in a hotel in Bogota just a few hours before the group's performance. As per reports, he had different drugs like marijuana, and opioids in his body before he died.