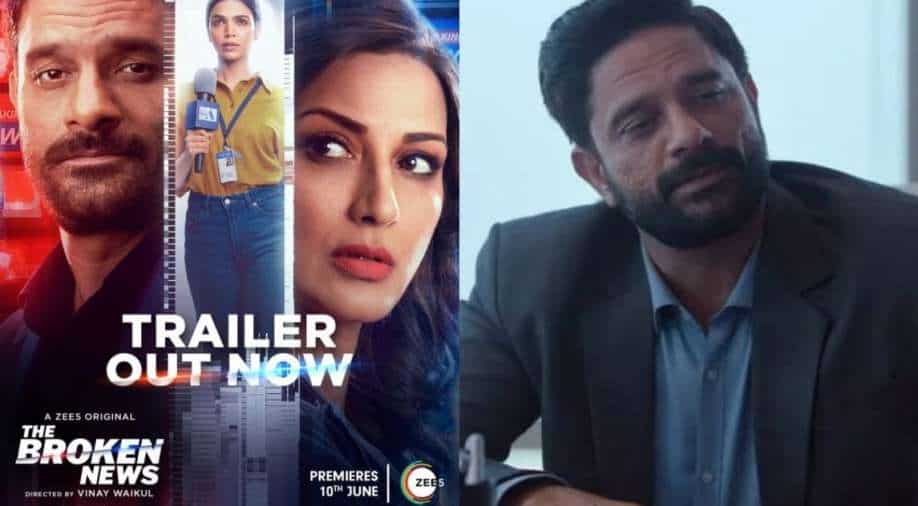 Sonali Bendre and Jaideep Ahlawat is all set to take movie buffs behind the newsroom. Watch trailer of the ‘The Broken News’.

To treat its subscribers, ZEE5 unveiled the trailer of ‘The Broken News’ today. And, the series will premiere on 10th June in Hindi, Tamil, Telugu, and Kannada and will be accessible across 190+ countries only on ZEE5.

Bankrolled by BBC Studios India and helmed by Vinay Waikul, the series is an official adaptation of the popular British series ‘Press’.

Here is the trailer:

This web series mark both Sonali Bendre’s comeback to acting as well as her digital debut. When asked about the series, the actress said, “I couldn’t have asked for a better introduction on OTT platforms than with ‘The Broken News’ on ZEE5. I connected with the concept as soon as I heard it as It’s so relevant for the times we’re living in. The entire crew and my amazing co-stars Jaideep and Shriya made my return to acting such an amazing experience. I’m so excited to share what we’ve created.”

Talking about his role, Jaideep Ahlawat said, “I love exploring complicated and nuanced characters and Dipankar Sanyal is one such dream character. We are poles apart and maybe that’s why it was so much fun walking in his shoes.”

He further added, “Also, it was a pleasure collaborating with ZEE5 again and with BBC Studios for the first time. I am excited for the show’s premiere, and I am certain it will make a strong impression on public.”

Director Vinay Waikul also shared more details about the film in an interaction. He said, “We are all exposed to the daily news but not many of us know what goes on behind the show. It is a lot of politics, drama, lies, betrayal, sacrifices and compromises. ‘The Broken News’ is a story worth telling and I am grateful that I got the support from my producers, cast and crew to bring my vision to life. ‘The Broken News’ is unlike any else on Indian television and I hope that it reaches the audience far and wide”.