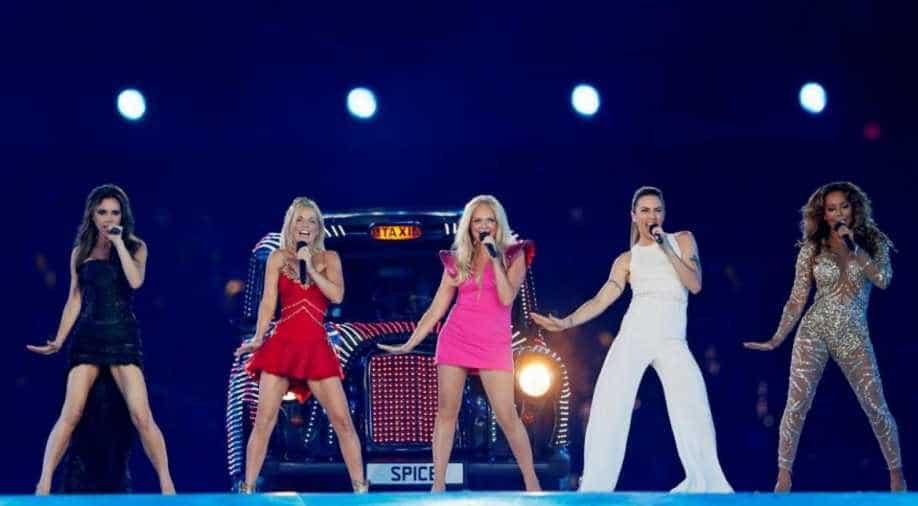 'Spice Girls' split in 2000 after becoming one of the UK's biggest girl groups ever.

The 'Spice Girls' kicked off their much-awaited '13-date' reunion tour on Friday night in Dublin.

But the technical sound glitches during the show left many fans disappointed. It was the first time that the 90s girl group had performed in seven years in front of more than 70,000 fans.

The band comprising of Baby (Emma Bunton), Scary (Melanie 'Mel B' Brown), Sporty (Melanie 'Mel C' Chisholm) and Ginger (Geri Halliwell Horner) spiced up the stage by performing their hits back to back, CNN reported.

However, some fans complained of "awful" sound problems during the show on Twitter and how they struggled to hear the group.

"There`s something wrong when the crowd at @spicegirls concert are all sitting down because no one has a clue what song is on because the sound really is THAT bad," one user wrote.

There’s something wrong when the crowd at @spicegirls concert are all sitting down because no one has a clue what song is on because the sound really is THAT bad. @mcd_productions @CrokePark @IrishTimes @LovinDublin #SpiceWorldTour #SpiceGirl pic.twitter.com/QkENc7BJ8Y

While another user said it was the "worst sound I`ve ever heard at a concert" and that "loads of people [are] leaving."

After the show, Brown said in a video on Instagram that she hoped the sound "will be much much better" next time.

"Thank you for attending our show tonight in Dublin," she said. "We will see you in Cardiff and hopefully the vocals and sound will be much, much better... Pfft."

Wow! Words cannot describe how it felt to be back on stage with @officialmelb @therealgerihalliwell @emmaleebunton last night. I love you all so much, more than ever!!! Thank you so much to our incredible team, their talent, dedication and relentless hard work have that made this show this best thing I have ever been a part of. Thank you to our wonderful fans, without you we never could have done this, we are eternally grateful for your endless support. Can’t wait to do it all over again and again!!!! Watch out Cardiff we’re coming for you! #spiceworld2019 #girlpower #sportyspiceforever #livingmybestlife #gratitude 🙏🏼❤️😁

However, not everyone went home disheartened last night. Some called the concert "amazing from start to finish," and a "magical night."

"What can I say you didn't disappoint!! Amazing from start to finish. All our dreams came true. #SpiceWorld2019 have lost my voice because I screamed like a 15year old girl. Memories forever," one woman wrote.

While another said it was a "surreal night."

"Reliving the childhood was amazing, felt so emotional. Best night ever," said another.

According to Britain`s Press Association and as cited by CNN, members Baby, Scary, Ginger and Sporty opened the show with the message "We welcome all ages, all races, all gender identities, all countries of origin, all sexual orientations, all religions and beliefs, all abilities."

Horner, 46, greeted the crowd by saying "Welcome to Spice World. Spice girls, spice boys, everyone is welcome. We want every single one of you to feel special tonight. Like a king or a queen, we celebrate you. But I got to say there are a lot of queens here tonight," PA reported.

The band performed at Dublin`s Croke Park without Victoria 'Posh Spice' Beckham, who decided not to join them on the 13-date tour. The group split in 2000 after becoming one of the UK's biggest girl groups ever.