Taapsee Pannu slams Kangana Ranaut: There are five women in 'Mission Mangal'. Is she praising us? 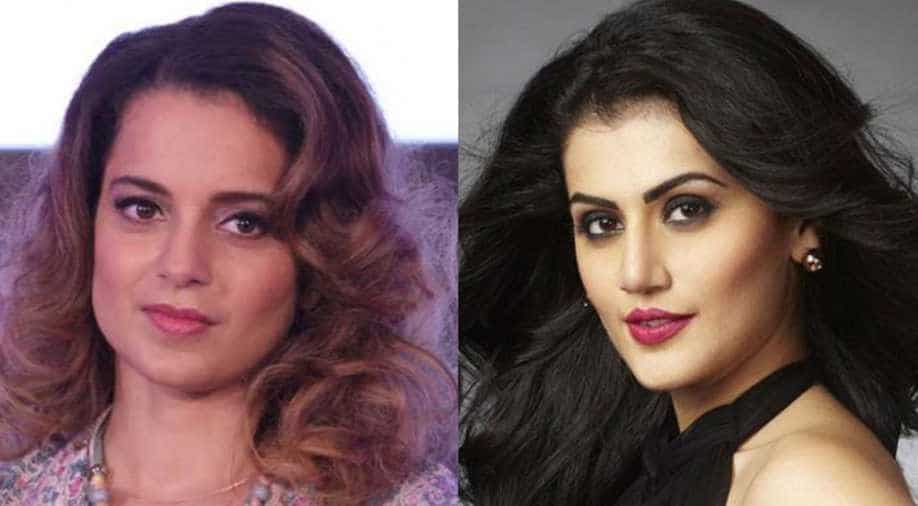 In an interview, Taapsee said, “She (Kangana) has always spoken about how a woman should support another woman, but I did not hear any words of praise for my films. There are five women in Mission Mangal. Is she praising us?"

It doesn’t look like Taapsee Pannu is in any mood to forgive and forget after her public row with Kangana Ranaut. As the former’s film released today titled ‘Mission Mangal’, she took a dig at Kangana by asking her if the actress was so supportive of women and claimed to be a champion of women empowerment where is she now to talk about her film that stars five big league actresses.

Speaking with MidDay in an interview, Taapsee said, “She (Kangana) has always spoken about how a woman should support another woman, but I did not hear any words of praise for my films. There are five women in Mission Mangal. Is she praising us? I am her junior and don’t have [as vast] a filmography as her, but I have done a decent number of films for someone to be appreciative of it.” Read about Taapsee Pannu and other cast members' shooting experience for 'Mission Mangal' here.

Taapsee added that she was stunned and disappointed in what happened between the two and said, “It was a shock because it came from someone I always admired. I felt disappointed. When someone you had put on a pedestal does this, it makes you question if you were right in looking up to her. In my response, I said I am happy being a copy because she is a damn good actress. I am sasta because she claims to be the highest-paid [female actor]. I don’t see it as derogatory. Just because she is saying it, doesn’t mean it’s the ultimate truth. She didn’t expose me; she exposed herself. It’s awkward but I won’t hold it against her. I love her as a performer and will continue to do so.”

Also read what director Jagan Shakti has to say about his debut film 'Mission Mangal'.

Kangana’s sister Rangoli Chandel who is also a manager of the actress had earlier tweeted that Taapsee was a “sasti copy” of Kangana. This, after Taapsee supposedly did not tag Kangana in her words of appreciation tweet for ‘Judgementall Hai Kya’ trailer.

Taapsee elaborated on why she thinks this happened and said, “It was triggered because I said she needs double filter. Even Anurag [Kashyap] and I need that. How is that a negative thing? I saw her as an honest person. It’s sad that she says a woman cannot call out another woman. I will call out people basis who is wrong and right, and not based on what gender they belong to. Feminism is about an equal platform.”

Rangoli and Kangana, on previous occasions too, have objected to many other Bollywood stars’ response to the latter’s films.