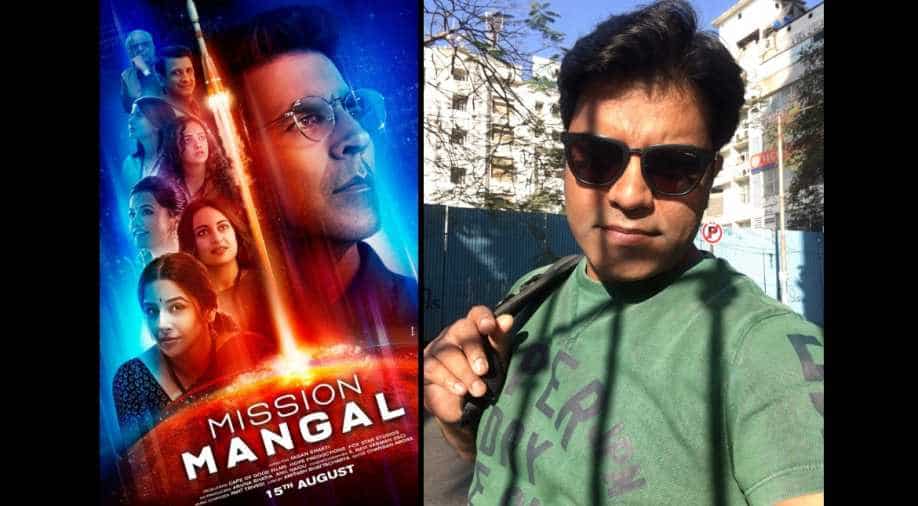 In a chat with WION, Jagan Shakti explained what it was like to shoot with some of the biggest names of Bollywood for India's first space film.

‘Mission Mangal’ is India’s first space film based on the true events that led to Mars Orbiter Mission (Malgalyaan) by the Indian Space Research Organisation, marking the country’s first interplanetary expedition. Led by Akshay Kumar, the film features an ensemble cast including Vidya Balan, Taapsee Pannu, Sonakshi Sinha, Nithya Menen, Kirti Kulhari and Sharman Joshi. The stars recently spoke to WION about their filming experience and why the film is a must-watch for all Indians.

The film directed by Jagan Shakti is scheduled to release on August 15, India’s Independence Day. It is coincidentally the same day when ISRO was established 20 years back, in the year 1969.

Speaking about his experience with the “stars who behaved like college kids as soon as he said cut”, Jagan got talking to WION about his debut film and working with some of the biggest stars of Bollywood.

“We are representing Indian women in this film and how very ordinary people can do great things," says Jagan as he speaks about his first film with a glint in his eye and continues, “It actually represents the spirit of India, a positive one that even if we hit any roadblock, we have a very ‘ho jayega’ attitude.”

For him, it all started with one photo that was published by the ISRO after the successful completion of the project. He then took it to his sister who is a scientist at the organisation, researched and co-wrote the script with R. Balki, Nidhi Singh Dharma and Saketh Kondiparthi.

Ask him which character in his film is the closest to that of his sister, his first contact with the true story and he answers, “The closest is Vidya’s character but we never looked at it like that. We are representing Indian women in the field of science through this film.”

Jagan also gave details on how he carefully cast each actress for the role. He says, “The preliminary outlook was that they should look simple. If you take our scientists, they are so simple doing such extraordinary work. The NASA scientists come with an image but our scientists, they are simple. That’s the only thing we were looking at along with embodying different qualities of a woman and a scientist in each character. For example, Sonakshi’s character is flamboyant while Vidya represented home science.”

Was it a challenge to cast these actresses as simple girls considering they are ultra-glamorous in their real lives? The director quickly responds, “I think they are fabulous actresses first. When they came on the floor they didn’t have any stardom of that nature. They prepared well for their roles and as a matter of fact, Kirti asked a lot of questions on the set.”

Kirti then adds to this and says, “All of us, we have also played roles of simple girls-next-door. I think we all are very simple looking people who can also turn ultra-glam if need be.”