Sylvester Stallone reveals he is 'worst hairdresser' in his 'secret life' 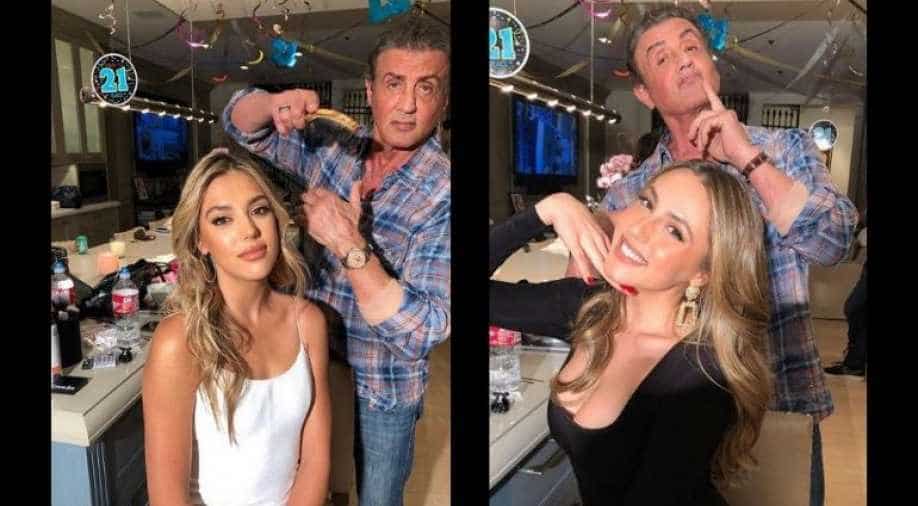 Sylvester Stallone, who is currently awaiting the release of the last film in the 'Rambo' series - 'Last Blood' revealed that he is the 'worst hairdresser' in his 'secret life'.

The 'Rocky' legend Sylvester Stallone just revealed what his 'secret life' is like!

The actor who is currently awaiting the release of the last film in the 'Rambo' series - 'Last Blood' revealed that he is the 'worst hairdresser' in his 'secret life'.

While celebrating his daughter Sistine's 21st birthday for the second day, the 72-year-old shared pictures of him with Sistine and a hairbrush in one of his hands. "My secret life as the world's worst hairdresser! Day two of Sistine Stallone 21st birthday party. Every day should be a celebration. I'm also bothering her sister Sophia Stallone," Stallone wrote.

My secret life as the worlds worst hairdresser! Day two of @sistinestallone 21 st birthday party. Every day should be a celebration. I’m also bothering her sister @sophiastallone

The actor also posted a picture with Sistine a day ago and called himself a 'lucky parent' in the post. "This is such a wonderful day! It's our remarkable SISTINE's 21st birthday! I couldn't be prouder to be such a lucky parent of such an extraordinary young lady!"

This is such a wonderful day! It’s our remarkable SISTINE‘s 21st birthday! I couldn’t be prouder to be such a lucky parent of such an extraordinary young lady!

Sistine who turned 21, commented on the picture, "This was from my 16th bday," and added a crying emoticon. 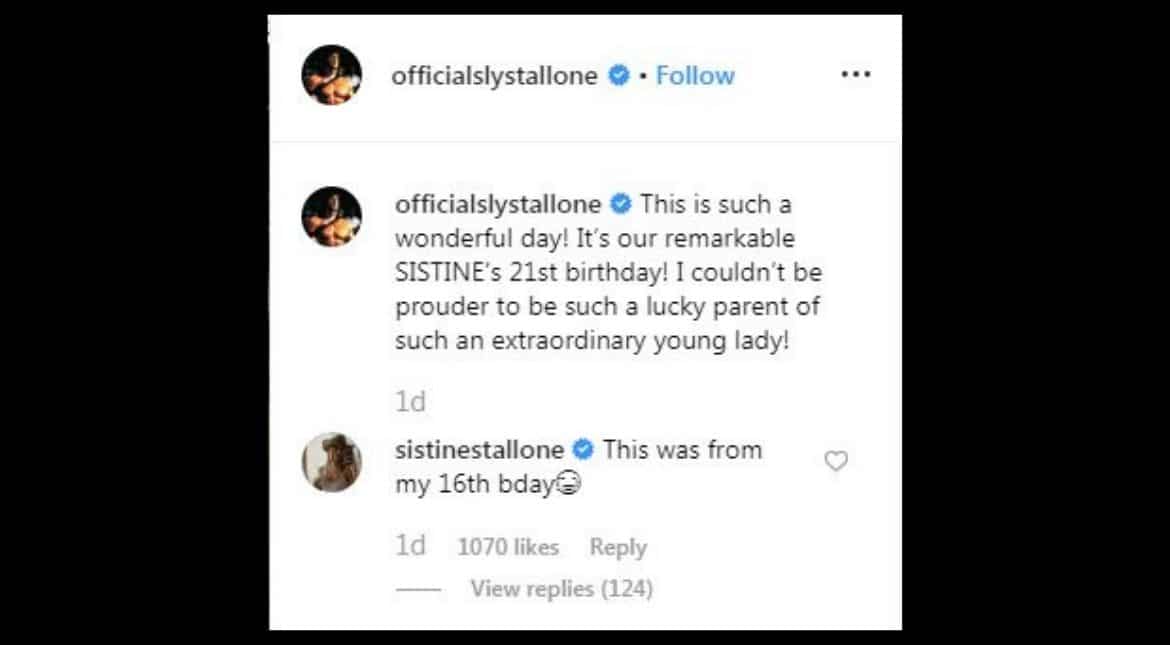 On the work front, Stallone's forthcoming release is scheduled to hit the screens on September 20.

He will also be touring Manchester and Birmingham ahead of his film's release. The upcoming tour has, however, angered fans over the whopping amount of USD 1,081 set for clicking a selfie with the actor.

Many expressed their anger on social media. The official "An Experience With" account, however, defended the high prices, saying: "As with any business there are costs involved and this is the same for us as a company. When you take into consideration the costs to bring a celebrity of such status to the UK then you would understand why. As for the photos we are allowed only 150 from management so due to this, the exclusivity dictates the price."

The post continued, "We work with A-list celebs and unfortunately quality costs. The same event with Arnold Schwarzenegger charges fans the same, while a selfie with Mel Gibson is cheaper at $828."

During his visit in August and September, fans will also get to witness a live stage interview, a three-course dinner, film prop models and an auction selling signed memorabilia.

The event has been named 'An evening with Sylvester Stallone'.