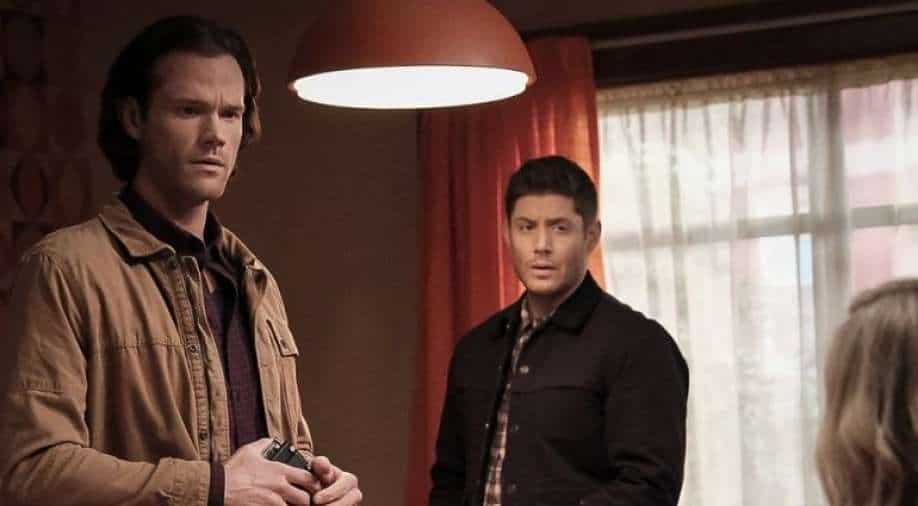 'Supernatural', the CW horror-fantasy series comes on an end after 15 long years. Starring Jared Padalecki and Jenson Ackles, as Sam and Dean Winchester, respectively, the show was all about myths, monsters and above all family.

A legacy in television’s horror-fiction genre has come to an end with 'Supernatural'. A legacy that started in 2005, with a small vision of creating a space that terrifies people, intrigues them and pays homage to the urban legend of America. It’s 2020, and that small space of horror transformed itself into a phoenix that rose from the doubts and critique of people and flew high enough to be seen as a pathbreaking interpretation of a genre - weaving everything from biblical myths to never-seen-before brotherly bonds.

The end of an era 😭 Stream the series finale of #Supernatural now: https://t.co/qZmBzKkln2 pic.twitter.com/c8jRKoIkZx

From the fan-boy of urban legends to the father of the giant Supernatural family that evolved and grew every season for 15 years, Eric Kripke, would be a proud man today. The SPN family is in mourning as the show comes to an end. Supernatural began as a story of two brothers, distinctly different from one another, going in search of their father in an Impala, hunting monsters and ‘things’ lurking in the dark. This story went on to be an epic saga of the apocalypse, devils vs angels, light vs dark, life vs death and in between all the earthly monsters. However, the key string among this all remained - Sam and Dean Winchester. Played by Jared Padalecki and Jenson Ackles, respectively.

The bond between the brothers on a television space was never seen before. A sibling duo that was inseparable, come what may. Even death couldn’t do them part. This bond went on to become the heart and soul of the show, something the fans connected with more than the mythical storytelling or the actions. The concept of family staying by your side, through thick or thin, be it God or Lucifer, struck the chord with so many people. Thus, resulting in it being repeated in several other CW shows (The Vampire Diaries, The Originals, etc.)

'Supernatural' was always a show I watched in snippets during school days because it was horror, it went from being that utterly satisfying horror show to a never-ending tale of overcoming human misery more than anything. With every season finale, there was a hope of return. When the show almost ended with the apocalypse (Season 5), there was a part of me that knew Sam would return and he did. Then the concept of death became futile, more like another adventure for the Winchester boys, till ‘Carry On’. The finale of Season 15 saw death being embraced like a friend, like peace, and from that, you know the adventure of Winchester boys has finally reached its destination.

They always knew this time would come. #Supernatural #SPNFamilyForever pic.twitter.com/ISMg20y1KC

What Supernatural means to the fans is something hard to explain. It’s a treat for horror-fantasy fans. It’s original, engaging and humorous in a dark, twisted, complicated way. The reason it was widely accepted despite average reviews on most occasions by the critics, because it appealed to a lot, in ways that were beyond just the makings and workings of a good show. It sat at an emotional level with fans, who grew-up each day with the complications of Sam and Dean and their broken lives. They adjusted into lives with Castiel and searched and re-evaluated their beliefs, and above all they learnt to never give up on family - blood or chosen- even when death hands you its scythe (quite literally).

The take on mythology by the series was another interesting aspect that kept the show going for 15 long years. From biblical creatures and concepts of hell and heaven, the show shed light on everything with a humane perspective. Here, not everything was like we know of it. Demons understood humans, angels were not guardians, monsters were friends, and God was this narcissistic, self-centred loner who orchestrated things like a story, to keep himself amused. Everything that had a life, either damned or divine, moved in the grey area in the Supernatural world, thus making it as real to life as possible.

They're free to write their own stories. Stream the latest #Supernatural: https://t.co/qZmBzKkln2 pic.twitter.com/C5maxa57ov

It’s hard to pinpoint for a fan, as to what worked for so long for the series. There were times when the plotline seemed stretched and life got too busy to continue watching a childhood show, but the grip never left. The urge to peek into the lives of the Winchesters and their adventures. The innate sense of closure, praying for a peaceful, deserving end for the central characters, like any fan favourite. So when the penultimate episode of the final season aired, it was a fitting end to wrap up the season story - the story of God and the story of Jack. However, the finale had to be about tying the ends of Winchesters, and closing the loop that started the series. ‘Carry On’ did just that. More than an episode, it was an ode to the screen-lives of the Winchesters, what they stood for and what they ultimately deserved - to be with each other till the end of time.

When your favourite show comes to an end, there’s always a void that’s left behind. Interestingly, with Supernatural that’s hardly going to be the case. As it is going to leave behind a special memory with all its crazy, meta episodes, with all its interpretations of good-old stories, and with a long road of memory that goes both ways - to the end and to the beginning. Now that we fans know the end, it’ll be easier to take the binge road to the beginning and start all over again.

To the show that meant more than just another horror story, a show that showed family can be chosen, a show that showed enchanting vulnerabilities between two brothers and a show that taught that faith is all about saving people no matter the sacrifice. And, a show that lived up to every word of Kansas’ song ‘Carry On My Wayward Son’, a song that became synonymous to the show.

Indeed, in the end, there was peace when they got done. A long well deserved rest to a show that wrote it’s own legacy. To ‘saving people, hunting things’, forever, till the end of time.