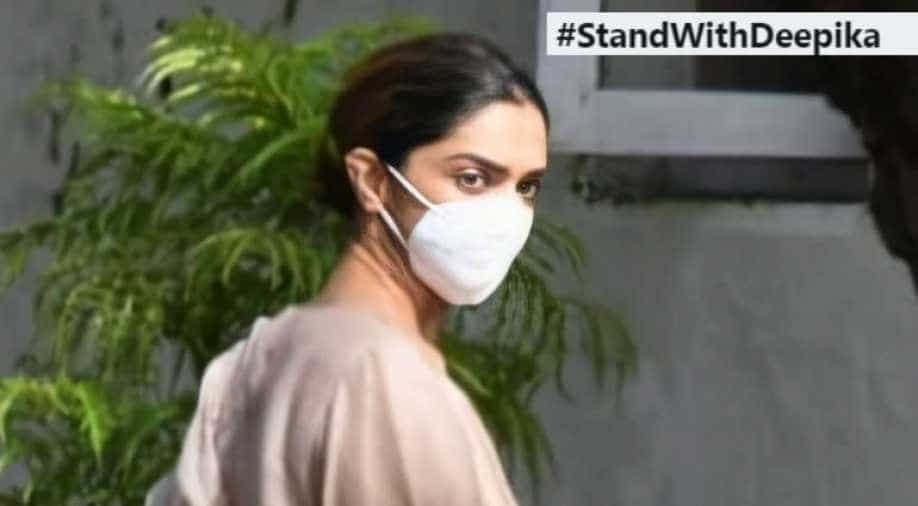 From calling her queen to the inpiration for many young girls, scroll down to check out the tweets by users

Today, Deepika Padukone appeared before Narcotics Control Bureau, to join the ongoing drug case probe. As per the reports, Padukone is being grilled by the officials along with her manager Karishma Prakash for their WhatsApp chat, in which they were talking about drugs.

Since the morning, when Deepika arrived at the NCB office, her fans from around the world took their social media to express their feeling on the Deepika's questioning, and that led to, '#Stand With Deepika' trend on Twitter.

From calling her queen to the inpiration for many young girls, scroll down to check out the tweets by users

She is inspiration for many young girls....We stand with Deepika #StandWithDeepika

I love how fierce and powerful she looks and those eyes 🔥🔥🔥🔥 #StandWithDeepika pic.twitter.com/3vJC6SzVgQ

I see the FEAR in those Vile Cunning Eyes,for the first time..

Shame on those who are trending #StandWithDeepika to support this Druggie #DeepikaPadukone.. pic.twitter.com/k9aMFKPx5r

#StandWithDeepika
It reminds me she said everything fallen into place as if God was behind us during padmavati time 👀
I don't want to nazar lagao this
But I'll take it as a sign pic.twitter.com/EI4gk0ihH8

Deepika name has been dragged in the case, after her WhatsApp chats with her manager Karishma went viral, in which they were talking about the narcotics substance. As per the reports, Deepika and Karishma are being interrogated together at the NCB office and were asked questions related to their 2017 WhatsApp chats. It is also being said the officials are not satisfied with Deepika’s replies.

Other than Deepika, Sara Ali Khan, Shraddha Kapoor are called by NCB in drug case probe.