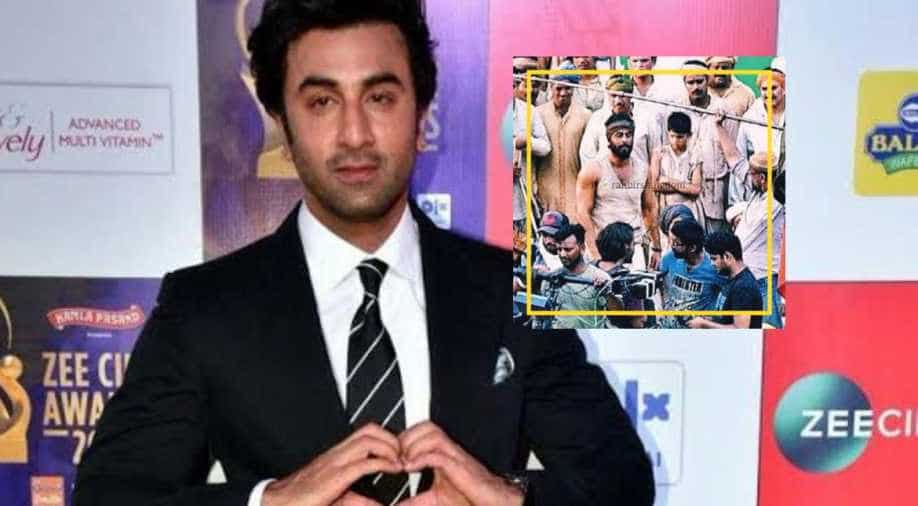 The film is directed by Karan Malhotra and is produced by Yash Raj Films.

It’s been a while since we saw Ranbir Kapoor in a film but he is definitely busy with a number of projects that will come out next year.

Shooting for his upcoming film ‘Shamshera’ that was announced starting of 2019, Ranbir Kapoor’s leaked pictures from the set released and he looks unrecognisable.

Sporting a beard and a nose that you can’t associate with him, Ranbir’s makeup is to this effect that he looks like a different person. He has also put up some muscle for the look as he is seen wearing a vest and ripped muscles that stand out.

In an interview earlier with an agency, Ranbir had said, “Shamshera is not a story of a ‘daaku’, but a film based in the 1800s, it is about a dacoit tribe who are fighting for their right and independence from the British. There was a great story of heroism, a story rooted in our country which actually happened back then.”

The makers had dropped the teaser of the movie earlier this year and made the announcement of the film.

An action adventure film, it also features Vaani Kapoor who was recently seen in ‘War’ with Hrithik Roshan and Tiger Shroff. 'Shamshera' also stars Sanjay Dutt in an important role.

The film is directed by Karan Malhotra and produced by Yash Raj Films.