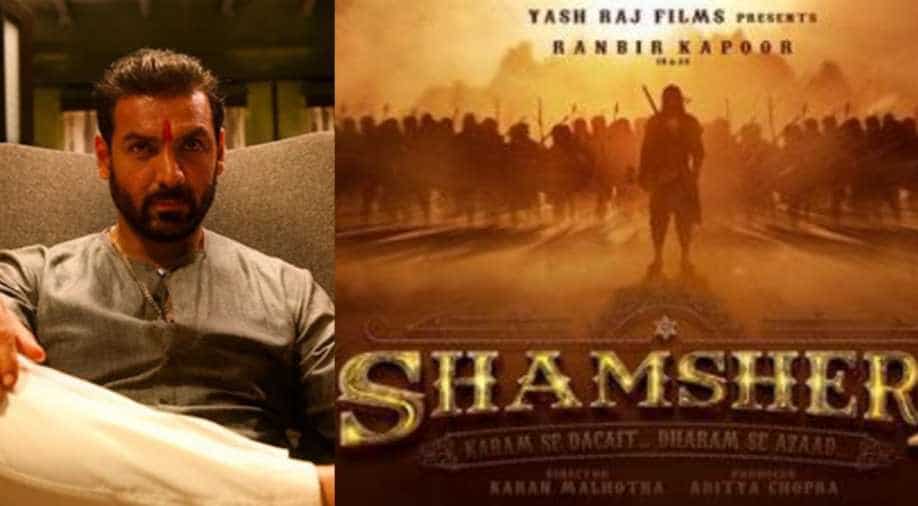 Now, several films that were brought to a sudden halt can restart work.

Film producers, studios can now take a sigh of relief as governments around the world are easing filming and shooting for movies and TV projects. In India too things have relaxed.

Now, several films that were brought to a sudden halt can restart work.

Among those were Sanjay Gupta’s master drama, ‘Mumbai Saga’ starring John Abraham and Emraan Hashmi. The film was almost complete and was looking at a June release. It is going to be among the first films to resume shooting next month. The film is produced by Bhushan Kumar and Anuradha Gupta.

Sanjay Gupta revealed, "We are planning to shoot in Ramoji Rao Film City as they have all the facilities and equipment required, including an in-house crew and technical staff, along with hotels for the team from Mumbai. It's all contained within the studio premises and that cuts down on the risk.”

Another film that will soon pick is Sanjay Dutt and Ranbir Kapoor starrer ‘Shamshera’. Reportedly only four days’ patchwork is left on their ambitious period drama. Director Karan Malhotra and his team began the post-production work during the lockdown.

'Gulabo Sitabo': Five reasons why we can’t wait to watch the movie

From the real Gunjan Saxena to reel: Janhvi Kapoor thanks former IAF pilot

"Karan and Yash Raj Films' head honcho Aditya Chopra have decided to film the remaining portion inside the YRF studio with limited crew, keeping the logistics and safety precautions in mind. The shoot dates have yet to be determined as the makers are awaiting an approval from the Producers' Guild. They have also sought the permission of the Federation of Western India Cine Employees to enable daily wagers to resume work on the project," a source was quoted.