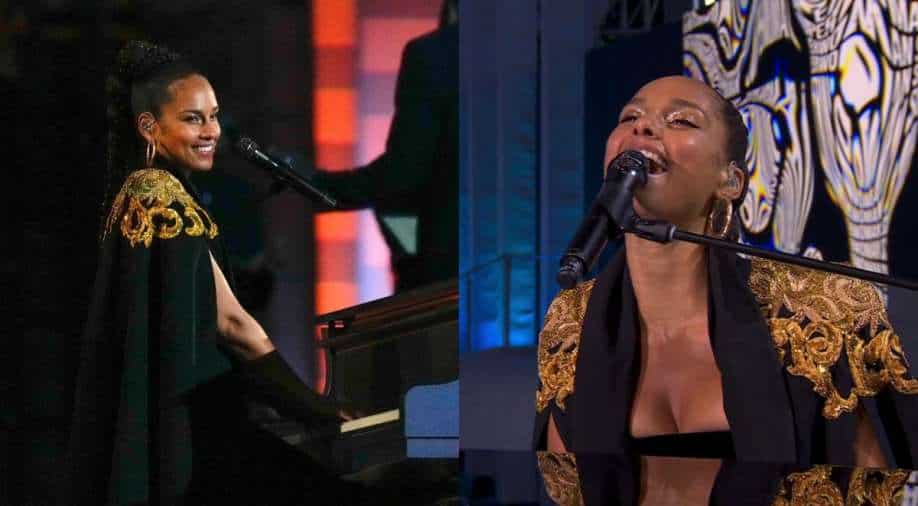 American singer-songwriter Alicia Keys confused fans after giving a performance on her chartbuster song "Empire State of Mind" at the Queen`s Platinum Jubilee concert. Many claimed that her choice of the song about New York didn`t sit well with the British event.

According to Twitter users, they did not understand why Alicia chose to sing such a song which talked about a love letter written to New York while performing at a British celebration, reported Page Six.

"Why is Alicia Keys singing about how amazing New York City is at an event to celebrate the Queen? Maybe choose another song?" wrote a Twitter user.

"I love Alicia Keys and everything but if this is meant to be the best of British, why are we singing about New York in the middle of London?" commented a second Twitter user.

Besides Alicia`s decision to perform an unfitting song, she also belted out her love for New York in front of such a large audience at the Buckingham Palace, which led to further disapproval from fans as well as from several Britishers, reported Page Six.

"When I`m in London I feel like I`m home. It reminds me of New York," Alicia spoke before beginning her performance on the "Empire State of Mind" song.

"How to win and lose your audience in 5 seconds," tweeted a user.

Around 22,000 guests were invited to attend the Platinum Party at the Palace concert on June 4, where notable artists like Hans Zimmer, and Queen gave an amazing performance. At the event, David Beckham, Dame Julie Andrews and Sir David Attenborough also made guest appearances, while Elton John entertained the audience with a specially recorded performance.