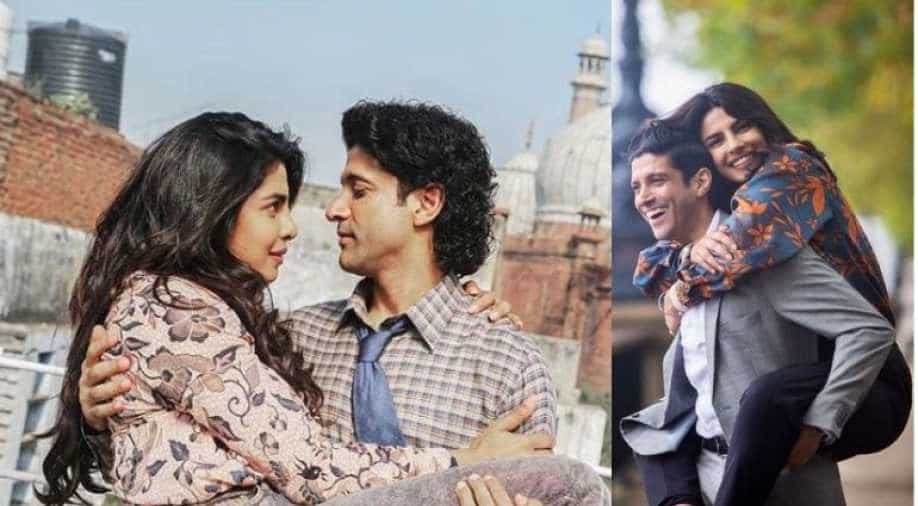 Filmmaker Shonali Bose' 'The Sky Is Pink' is Priyanka's first film in Bollywood post her marriage to Nick Jonas in December 2018. The actress who is also the co-producer of the film jokes that to watch the film, the audience would have to 'bring their heart and brain to the theatre'.

Priyanka Chopra feels that the audience has changed over the years and has created a space for a different kind of cinema.

“There was a time when filmmakers would tell the audience to 'leave your brain at home' while watching a particular film. Well, that is not applicable anymore because the audience has changed the way it watches films. They are more open to all sorts of cinema now," said Priyanka while promoting her film 'The Sky Is Pink' in the capital recently.

Filmmaker Shonali Bose' 'The Sky Is Pink' is Priyanka's first film in Bollywood post her marriage to Nick Jonas in December 2018. The actress who is also the co-producer of the film jokes that to watch the film, the audience would have to 'bring their heart and brain to the theatre'.

The actress says that with the advent of multiple OTT platforms, cinema has brought the world closer and exposed people to all kinds of cinema.

"With digitisation coming in, people sitting in any part of the world can sit and watch any kind of cinema from any part of the world. You can sit in Delhi and watch a film from Iran. The borders have been erased. The medium has grown immensely. It’s a great time to be in the entertainment business and now anyone can make any kind of cinema. The audience has evolved so much now."

Priyanka plays a mother of two teenagers in the film and says that it was a challenge to play Aditi Chaudhary (her character) in the film. "I did ‘Quantico’ for 3 years, I knew that character well, and I did not surprise or challenge myself for a long time. This film was scaring me in every scene. I am not a mother and I have not lost a child- and this role made me experience these two aspects- so I really liked that- I felt challenged to do such a role," revealed Priyanka.

The actress said that she chooses stories over characters while selecting a film. "I choose a story more than a character. I don’t see what my role is. People come to watch stories. We give too much importance to actors, I feel. The film is a directors' medium, they are the actual stars. For 'The Sky Is Pink', the most important aspect for me was the story, not my character. Shonali and Nilesh Maniyar have written the story beautifully where even though the subject is heavy; the treatment is very refreshing and funny.”

The film is based on the love story of a couple spanning over 25 years, told through the eyes of their spunky teenage daughter – Aisha Chaudhary, who was diagnosed with pulmonary fibrosis. Farhan Akhtar plays Priyanka's husband and Zaira Wasim and Rohit Saraf play their children in the film.

Priyanka's character ages through the course of the film and is shown as a glamorous mother of two teenagers. Was it a conscious decision to not age on screen? "Because of the biases that surround us, I also thought when a woman ages, she needs to look dowdy but that’s not true. Shonali is 54, she has grown up kids- look at her. So fit and so well turned out always. I had suggested I should look a certain way but Shonali said, 'No Aditi makes an effort to look good in her 40s.' Aditi herself says, 'When life sucks, look like a million bucks’. She believes in that philosophy. So it was a conscious decision to look the way I look on screen."

To prep for her role, Priyanka took inspiration from her director Shonali, who lost her son a few years back in an accident, and the real Aditi Chaudhary who now lives in London.

For Priyanka, 'The Sky Is Pink' not just breaks myths about women and how they should be dressed in their 40's but also the way romance has been shown the film. "We only show romance in young age. But Aditi and Niren share a very intimate relationship even as they grow older. That was refreshing to show on the screen."

'The Sky Is Pink' co-produced by RSVP Films releases on October 11.