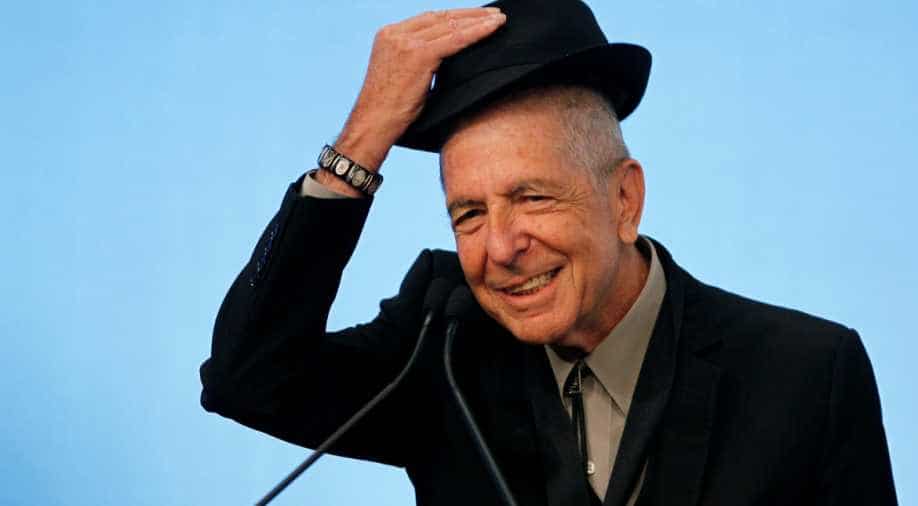 In mourning his father's death, Cohen's son Adam, also a musician, grew determined to do justice to the raw vocal recordings left behind.

Though his storied career needed no epilogue, Leonard Cohen's graceful new posthumous album 'Thanks for the Dance' offers a satisfying postscript, giving fans one last chance to savor his inimitable poetry.

Mere weeks before his death at age 82, Cohen released his 2016 album 'You Want It Darker', a stirring work whose lyrics continue his metaphysical exploration of death, spirituality, and his place in the universe.

Though many saw it as the final chapter from a singular talent, Cohen had more reckoning to do and the unfinished pieces he left behind are now integrated into his vast body of work.

In mourning his father's death, Cohen's son Adam, also a musician, grew determined to do justice to the raw vocal recordings left behind.

He assembled a number of star musicians including Spanish guitarist Javier Mas, Daniel Lanois, and Jennifer Warnes one of Cohen's collaborators and many flames to compose sparse but warm instrumentals to accompany Cohen's rich baritone timbre.

The likes of artists Beck, Feist and Damien Rice also lent their talents to the new album.

The nine tracks on 'Thanks for the Dance' blend coherently into his oeuvre with forward-looking contemplations, examining the past not with nostalgia but with an inner drive to explore his own psyche.

"It was nothing, it was business But it left an ugly mark. So I've come here to revisit what happens to the heart," Cohen intones on the opening track 'Happens to the Heart'.

Devotional investigation - In 'Moving On' - an elegy to his one-time lover and muse Marianne Ihlen, the inspiration behind the 1967 classic 'So Long, Marianne' who died just months before Cohen the artist considers his own restlessness in romance, a theme that has long pervaded his work.

"And now you're gone, now you're gone. As if there ever was a you, who broke the heart and made it new? Who's moving on, who's kiddin' who?" he says.

Adam Cohen has said his father recorded those vocals just after he heard of Ihlen's death.

"He was not trying to be a nostalgia act, like so many of his contemporaries," he recently told The New York Times. "He wasn't going backward. He would say to me, 'I am taking the inner life very seriously''.

"And I think that's why it resonates so deeply to us. It wasn't an act. This was a devotional investigation into wherever he found himself ".

The haunting Puppets considers the world he would leave: "German puppets burned the Jews," he says, later delivering the line, "Puppet presidents command / Puppet troops to burn the land ".

Cohen draws in listeners with his signature deadpan humor but leaves them with poignant introspection.

In the sensual 'The Night of Santiago,' he follows up amusing lines like her nipples rose like bread with a moving recollection of distant lust: "Though I've forgotten half my life I still remember this".

In his final public appearance promoting 'You Want It Darker', the then-ailing Cohen granted journalists in Los Angeles a glimpse into a work in progress.

He said, ''God willing," the poetry would appear on his next album it's now his final track, a last dance. His son retrieved audio of his father's recitation from the conference to include on the album.