On Guru Purnima, Hrithik Roshan celebrates the success of 'Super 30' with Anand Kumar in Patna 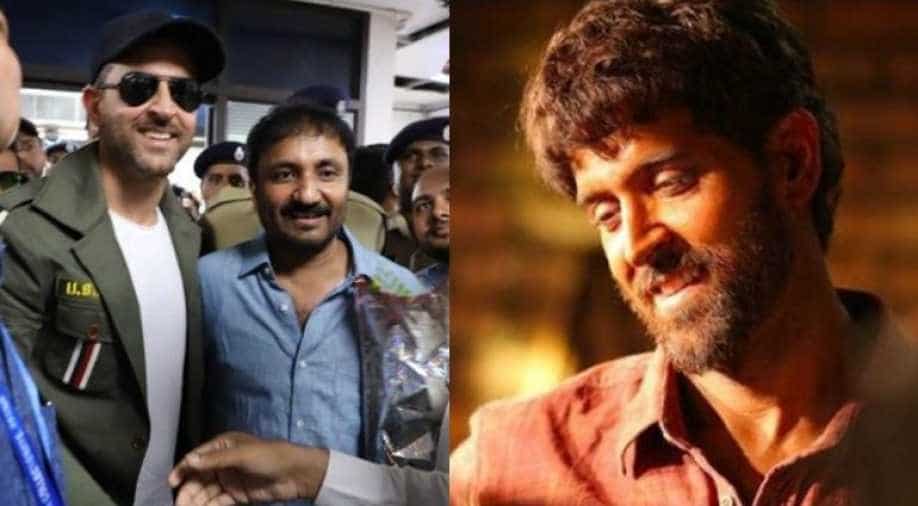 Directed by Vikas Bahl, the film is minted so far Rs 57.86 crores. The film released on July 12 across the country.

Hrithik Roshan's recent film 'Super 30' has set the cash register ringing and on Tuesday, the actor went to Patna to celebrate the film's success with Anand Kumar, on whom the film is based.

Kumar is a Mathematician and is known for his initiative, Super 30 classes, where he coaches 30 underprivileged students for IIT JEE. He has a brilliant track record with the students and even pays for their expenses during the coaching.

Kumar took to Twitter to share pictures with Hrithik and wrote, “The pious land of Gautam Buddh, Mahavir and Chanakya welcomes you Hrithikji today on Guru Purnima. #super30.”

On the Guru Purnima, the kind of respect I got as a teacher from @iHrithik in Patna today was truly overwhelming. You are not only a great actor but a symbol of humility. @RelianceEnt @NGEMovies @Pranavsuper30 @nandishsandhu @Shibasishsarkar #super30 pic.twitter.com/K1kc3Ts6Zn

Directed by Vikas Bahl, the film is minted so far Rs 57.86 crores. The film released on July 12 across the country.

Bihar chief minister Nitish Kumar has announced that 'Super 30' will be tax free in the state, starting Tuesday.

A source also told DNA, “Guru Purnima is a big day for teachers as all the students meet their teachers. Hrithik expressed his wish to meet the students on the auspicious day, as it will be celebrated at Anand’s house. He will meet all the students of the mathematical genius, and spend the day having lunch with him, his family and pupils. The actor lived that life while shooting the film and wants to relive those memories. Visiting Patna is also his way of paying a tribute to the teachers.”