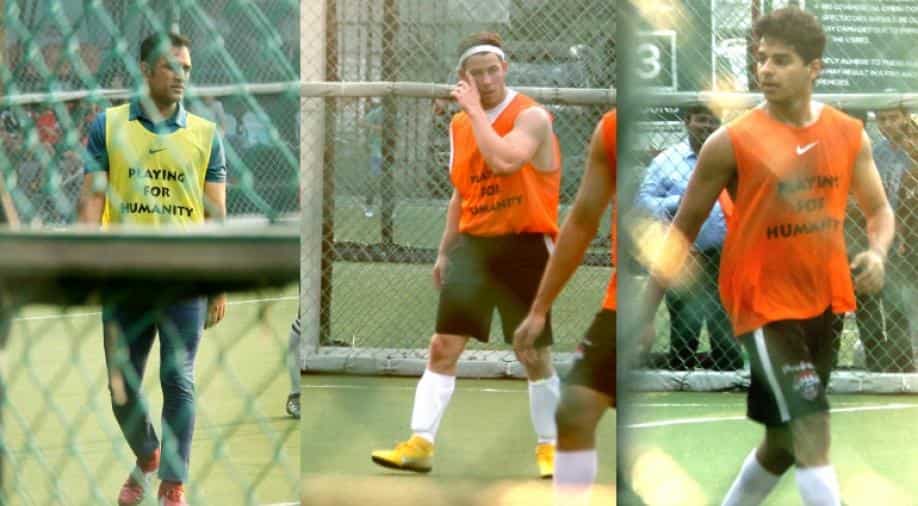 Priyanka Chopra is in Mumbai to shoot for her film and beau Nick Jonas couldn't stay apart from his fiance for too long. The American singer who arrived in India over the weekend was seen enjoying a game of football with Priyanka's Bollywood friends in Mumbai on Sunday.

Jonas and his team played a match against MS Dhoni's team under 'Football for Humanity' banner which hosts celebrity charity football matches. Going by the photos, it appears Jonas and Ishaan Khatter were part of the same team and Dhoni and Aditya Roy Kapur were in the other.

Other actors like Shabbir Ahluwalia, Dino Morea and producer Bunty Walia were also part of the match.

Priyanka sat on the side and cheered for her man with her friends.

A day earlier, Priyanka and Nick were spotted at a suburban restaurant on a dinner date in Mumbai.

Grammy Awards 2023: Beyonce is now the most decorated artist in awards history