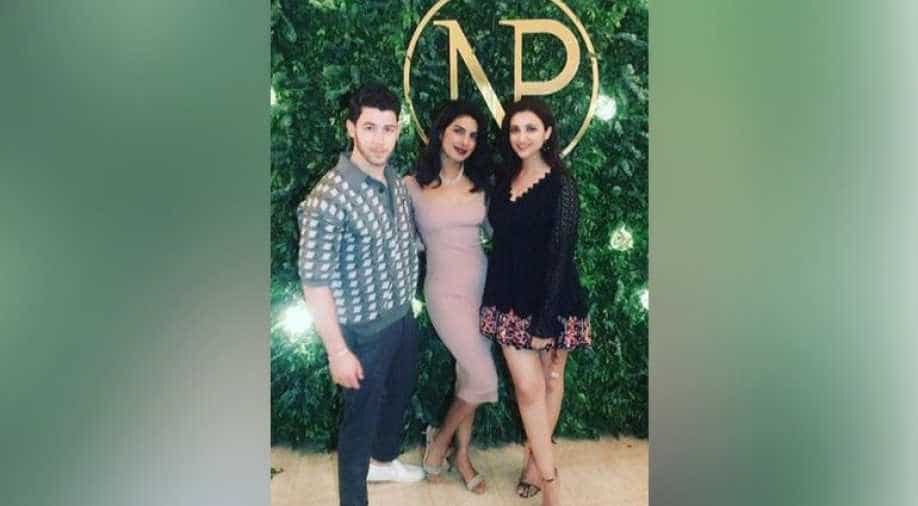 Nick Jonas impressed sister-in-law Parineeti Chopra with his dance moves on one of her songs.

Parineeti Chopra`s recent social post is proof of the fact that Nick Jonas is crazy about Bollywood tracks. The actor shared a video taking to her Instagram where Nick can be seen dancing his heart out to Parineeti`s film `Jabariya Jodi`s` song `Khadke Glassy`.

"When Nickster does it better than Sid and I did in our film @nickjonas @sidmalhotra #KhadkeGlassy," the 30-year-old captioned the post.

While the Hollywood star is totally killing it with his energetic dance moves; her wife Priyanka Chopra also seems to be loving his Bollywood steps. She commented "Amazing! Haha" on her sister`s social media post.

Parineeti was last seen in `Jabariya Jodi` opposite Sidharth Malhotra. The actor recently wrapped up shooting for Hindi remake of the Hollywood movie, `The Girl On The Train`.

The Hollywood film was based on the 2015 bestseller by Paula Hawkins and tells the story of a divorcee who gets entangled in a missing person`s investigation that wreaks havoc in her life.

Parineeti will also appear in `Bhuj: The Pride Of India` and `Sandeep Aur Pinky Faraar`.