Miss England Bhasha Mukherjee to WION: My winning is a matter of pride for Indians too 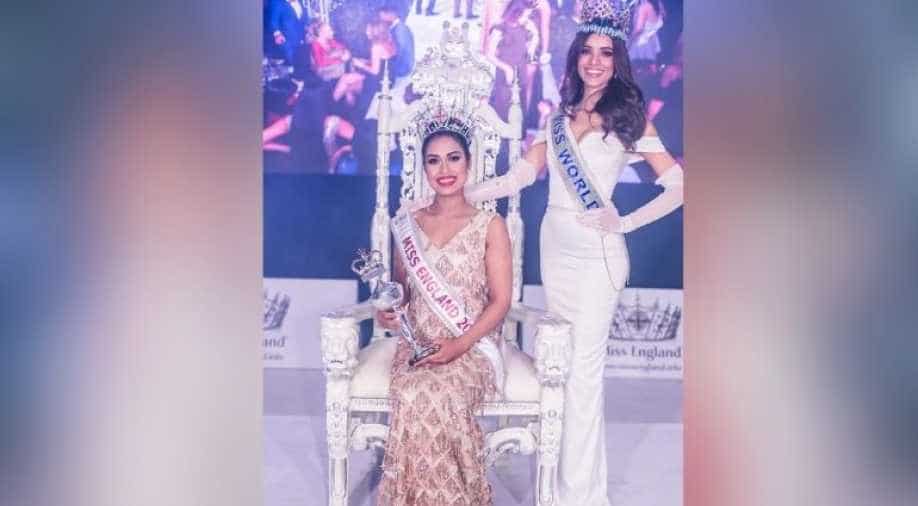 In an interview with WION, Bhasha said that it is very important to dream and then work hard towards it. She also said that she is proud of the fact that she represents two nationalities- England and India.

A 23-year-old Indian-origin doctor, Bhasha Mukherjee recently was crowned as Miss England after facing off competition from dozens of other models. She holds two different medical degrees, has an IQ of 146, making her officially a 'genius' and is fluent in five languages.

In an interview with WION, Bhasha said that it is very important to dream and then work hard towards it. She also said that she is proud of the fact that she represents two nationalities. Mukherjee was born in India. Her family relocated to the UK when she was nine is now heading to Miss World which is going to take place in December this year.

Here are some excerpts from the conversation.

WION- From being a medical degree holder to a beauty Pageant, how was the journey different?

Bhasha- It was an amazing feeling. I am a believer in God as there is a saying in Hindi "Upar vala jab bi deta hai, chappar phaad ke deta hai",  which means When God gives, he gives in one go. That's how I feel at the moment. I graduated on July 19 with my medical degree this year and then won the pageant on August 1. All this came together. My graduation, my job and also Miss England. I am just very very grateful.

WION- What was going on in your mind at that moment?

Bhasha- When it happened I could not believe it. The competition was very tough. All the girls who had taken part had put in so much hard work. I was convinced that it was going to be somebody else. So when it happened, I thought that I had heard it wrong.

Then of course while being on the stage and receiving such an award, it wasn't feeling something real. I was missing my family and could not stop crying. I was making weird faces just to not cry. Tears were rolling down my eyes.

WION- How did the idea of going to such a platform come to you?

Bhasha- I have been doing modeling from seven years now and in the field of modeling I met a lot of people who are also connected with the pageant. I have participated in couple of pageants in the past as well. But they were small-scale. I did not have a very good experience with the beauty pageants and it took a lot convincing by the director of Miss Asian face of Miss England, which is a sister pageant of Miss England.

She took a whole year to convince me and in the meantime, I also won Miss Asian face of England. The purpose of that title was to encourage south Asian woman, from India, Pakistan, Bangladesh, Srilanka and other women of that heritage to participate in such an event and to give them the motivation and the confidence to go to such platforms as we are after all an ethnic minority in this country. A lot of south-Asian do not feel confident to participate in such events. This pageant was to increase the diversity of Miss England and I am very proud of the fact that I have won that title (Of Miss Asian Face).

So when this happened. It was a very big and massive deal for me to represent England, a country where I've got so much love and support. It shows that it is such a multicultural society. I got so much love from all the Indians who are living abroad and from all over the globe. 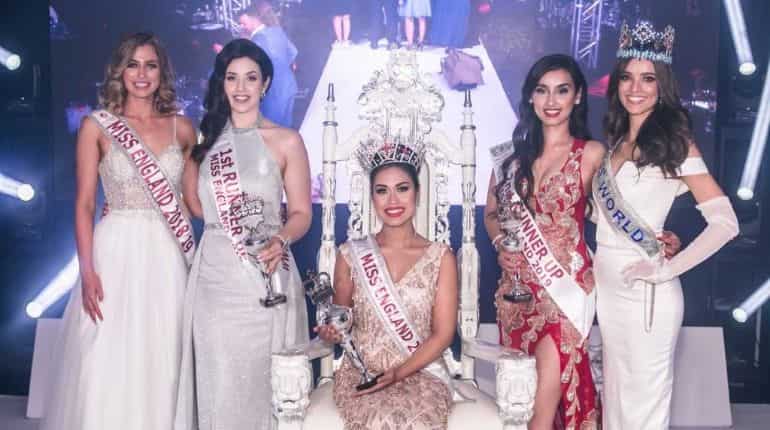 WION-What kind of response did you get from Indian and global diaspora after such a tremendous win? You are also headed for Miss World later this year. How are you preparing for it?

Bhasha- I feel proud to represent this country. However what blew my mind was the level of support and good wishes that I have been getting from Indians, South Asians and the people of Canada, the Middle East and from all over the globe. The best part was when I called up my grandmother who is now 90 years old in Kolkata soon after winning the crown. She found an article from a local Bengali newspaper and I think that shows how much my winning had become a matter of pride the Indians. An Indian woman to be crowned Miss England was making everyone proud. I am going to represent two nationalities at Miss World pageant and that is a win for two countries as well.

Yes, preparation for Miss World has already begun.I started working as a doctor which is a very demanding especially in the beginning years,  it is very tough to get the time off work and working 40 hours in the week. I have studied my entire life to get this position and to help others. It was very difficult for me but I am representing a very good cause, beauty with a purpose to show that woman are so much capable of if they put their head to it. So I've learnt to balance multiple things.

WION- Any memory of your childhood days in India?

WION- One message that you would like to give to all the young women?

Bhasha- I want to tell all the ladies out there that it is very important to dream because if we don't have the inception to dream, then there is no chance for the dream to ever come true. So do not ever stop dreaming and have a wildest of dream and then work towards it. It doesn't matter what your background is. The struggle is inevitable in whatever you do. You just need to work hard towards your dream and make it a point that you want to see yourself in that position one day. I promise you that you can make it happen.