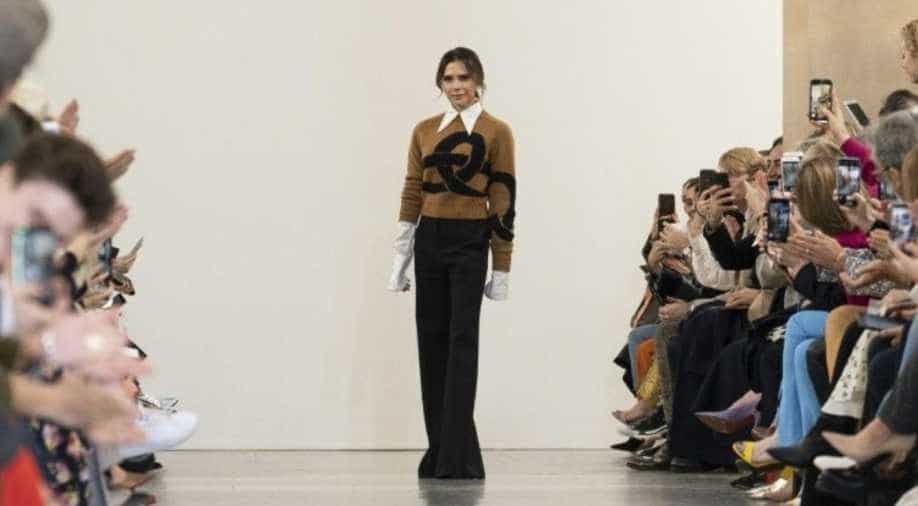 The British fashion industry contributes £32 billion to the British economy and employs nearly 900,000 people, according to the BFC, claiming it was nearly as many workers as the financial sector.

London Fashion Week gets underway on Friday, launching spring/summer 2020 collections set to come out after Brexit -- a divorce bitterly opposed by the UK fashion industry.

A survey by the Fashion Roundtable consultancy found 96 percent of British fashion sector professionals backed Britain staying in the European Union in the 2016 referendum, fearing customs bureaucracy and restrictions on the movement of workers.

Attitudes have not softened in the years since.

The British Fashion Council (BFC), which promotes the industry and organises the five-day London Fashion Week (LFW), is against a no-deal Brexit on October 31 -- something Prime Minister Boris Johnson says must happen if a new deal cannot be struck with Brussels.

If business between Britain and the EU were to come under World Trade Organization rules on November 1, it would cost the fashion industry £850-900 million, according to a 2018 study by the UK Fashion and Textile Association.

The British fashion industry contributes £32 billion to the British economy and employs nearly 900,000 people, according to the BFC, claiming it was nearly as many workers as the financial sector.

In September, it urged the government to strike a divorce deal with the EU "that would guarantee the healthy and steady growth of the fashion industry".

Despite the sombre backdrop, designer Molly Goddard is set to sprinkle a little magic over the proceedings on Saturday.

The Londoner graduated from the city's prestigious Central Saint Martins arts and design school and made a name for herself be creating the pink dress worn by the murderer Villanelle in the British spy thriller television series "Killing Eve".

Other headline shows include those of Spice Girls singer-turned-designer Victoria Beckham.

Last year, the British star of the New York catwalks presented a collection in London for the first time to celebrate her label's 10th anniversary.

This year, she is launching a beauty products range.

British fashion heavyweight Burberry is set to be another highlight.

The label is under the direction of chief creative officer Riccardo Tisci, formerly of Givenchy, who is known for celebrating diversity in his shows.

Among the newcomers are designers from the Fashion East initiative for young, up-and-coming creatives in east London.

They include England's Richard Quinn, a master of colour and prints, on Friday, and Richard Malone on Monday. The Irishman takes his inspiration from sculpture and advocates sustainable fashion.

From £135, fashionistas can gain entry to the shows of "It-girl" Alexa Chung, House of Holland and join in panel debates with industry figures.

It is a step towards inviting in ordinary fashion-followers, as Fashion Weeks have long been the preserve of professionals, celebrities, and, more recently, social media "influencers" posting photos from the catwalks.

However, not everyone is welcoming Fashion Week with open arms.

Extinction Rebellion is calling for LFW to be cancelled. The environmentalist movement is planning acts of civil disobedience in protest at what it calls one of the world's most polluting industries.

Their activities are due to culminate on Tuesday with a "funeral procession" to "commemorate the loss of life due to climate and ecological breakdown" -- in front of the main LFW venue in central London.

Pressed into doing better, the fashion industry is reinventing itself.

The design duo VIN + OMI are showing off Tuesday a collection including textile pieces made with recycled plastic -- and even nettles from the garden of Prince Charles, the heir to the throne.

The BFC is trying to highlight industry best practices in sustainable development and ethics with a dedicated exhibition.