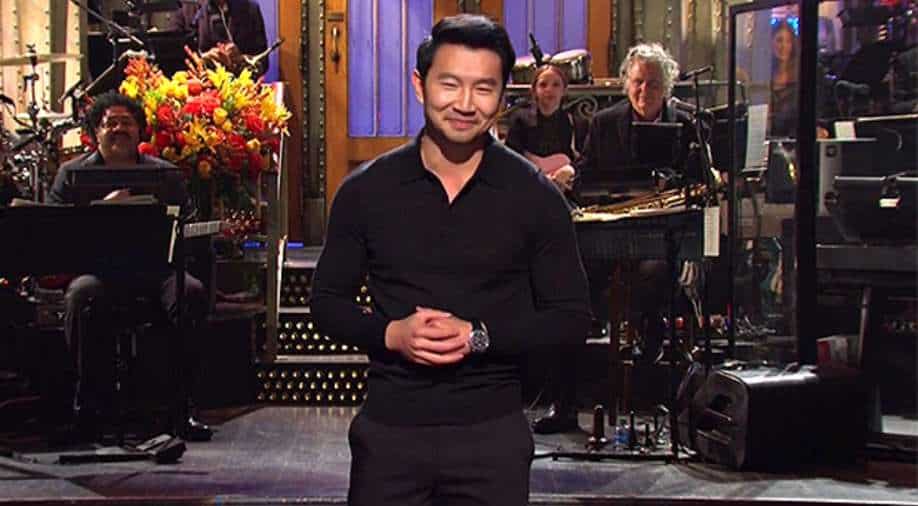 In 2014, Simu Liu wrote a tweet to Marvel that read as, "Hey @Marvel, great job with Cpt America and Thor. Now how about an Asian American hero?"

The latest season of Saturday Night Live (SNL) has seen so many impactful debuts. And the latest celebrity to make headlines is 'Shang-Chi' star Simu Liu.

He made his hosting debut on November 20 and opened the gig with an energetic monologue where he spoke about Canadian politeness and spilled his secrets pertaining to bagging the titular role in 'Shang-Chi'.

Also read: Exclusive! CarryMinati: My alter ego led me from invisibility to recognition

Talking about his hit project, the 32-year-old actor joked about an old tweet from 2014 asking Marvel Studios' for an Asian superhero and how he went on to manifest his subsequent role as Shang-Chi in the Marvel film.

In 2014, he wrote a tweet to Marvel that read as, "Hey @Marvel, great job with Cpt America and Thor. Now how about an Asian American hero?"

Hey @Marvel, great job with Cpt America and Thor. Now how about an Asian American hero?

Liu also spoke about dressing as Spider-Man for kids' parties before making it as an actor. He mentioned a kid named Trevor told him "you're not Spider-Man," Liu looked at the camera and said, "You’re right Trevor. I’m Shang-Chi, b*tch!”

On Instagram, Liu expressed his nervousness about making his debut at the show, writing, "On an anxiety scale of one to ten turkeys. I am" followed by 10 turkey emojis. "Seriously I’m in the dressing room right now and I keep doomscrolling through TikTok. Why isn’t Addison Rae making me feel better?! What the crap is a Kool Aid Man challenge??! WHY DOES EVERYONE KEEP SENDING SUPPORTIVE TEXT MESSAGES??!??!?!?"

"Tune in tonight to watch me completely break down mentally on @NBCSNL. It won’t be awesome but it will be memorable. Like watching a video of an unmasked Karen losing it at a CVS, but with more crying. RIP my career," Liu added.