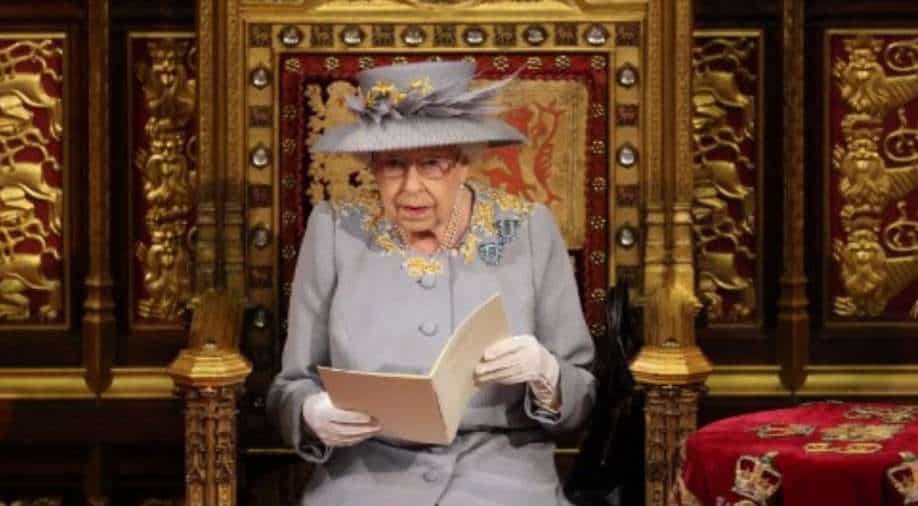 Britain's Queen Elizabeth II inherited the throne on February 8, 1952 at the age of 25 after the death of her father, George VI. She still reigns over another 14 nations in the Commonwealth as well as heading the organisation, which takes in a third of humanity. Elizabeth II will overtake King Bhumibol Adulyadej as the longest-reigning modern monarch if she is still on the throne on June 12, 2022. Photograph:( AFP )

More than 1,200 soldiers from the Household Division of the British Army perform the "Trooping of the Colour" ceremony to officially mark the queen's birthday.

More than 1,200 soldiers from the Household Division of the British Army perform the "Trooping of the Colour" ceremony to officially mark the queen's birthday.

The military pageant, complete with musicians and horses, combines pomp and tradition dating back more than two centuries.

The event culminates with the royal family's appearance on the balcony of Buckingham Palace, to wave to crowds and watch a fly-past of military jets.

Appearances this year are restricted to working royals only, which means no Prince Harry and his wife Meghan, nor Prince Andrew.

More than 2,800 beacons will be lit at the palace and across the UK, including atop the country's four highest peaks, as well as on the Channel Islands, the Isle of Man, and British Overseas Territories.

Flaming tributes will be seen in 54 Commonwealth capitals across five continents, from Tonga and Samoa in the South Pacific to Belize in the Caribbean.

Nine bridges over the River Thames in central London will be lit up, as will the capital's landmark BT Tower, and several English cathedrals.

A national service of thanksgiving for the queen's record-breaking reign takes place at London's St Paul's Cathedral, featuring a rare ringing of the Great Paul bell.

Great Paul, cast in 1882, is the largest church bell in the country. Its mechanism broke in the 1970s but it was restored to its former glory last year.

It has only been sounded eight times since then, and never for a royal occasion.

A keen horseracing fan, the queen is expected to attend the 243rd running of the country's most prestigious flat-racing event, The Derby, at Epsom Downs.

In the evening, some 22,000 people -- including 5,000 key workers such as frontline medics -- are expected to attend the BBC Platinum Party at Buckingham Palace.

Alicia Keys, Nile Rodgers and the Italian tenor Andrea Bocelli are among others lined up for the 2.5-hour musical extravaganza.

More than 70,000 people have registered to host Big Jubilee Lunches, with 10 million expected to share food and friendship with their neighbours, the government said.

More than 600 lunches have been planned throughout the Commonwealth and beyond, from Canada to Brazil, New Zealand to Japan and South Africa to Switzerland.

The final day culminates with the Platinum Jubilee Pageant -- a public parade through central London.

The Mounted Band of the Household Cavalry lead the Gold State Coach -- used to transport the monarch at coronations and jubilees -- to Buckingham Palace.

Some 10,000 people are involved in a musical and creative display of how British society has been transformed since the queen acceded in 1952.

It ends with the singing of the national anthem, "God Save the Queen", outside the palace, led by singer-songwriter Ed Sheeran.