Kate Middleton gets into Christmas spirit with surprise Piano performance 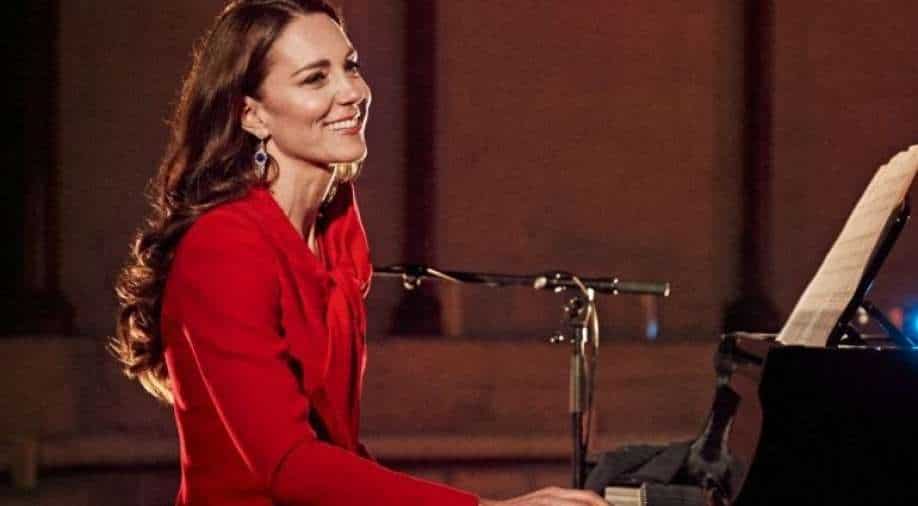 Kate Middleton kicked off Christmas and showed off her hidden talent.

The Duchess of Cambridge gave a surprise performance during the Royal Carols: Together at Christmas concert on Friday, December 24.

Middleton alongside Scottish singer-songwriter Tom Walker performed 'For Those Who Can’t Be Here' at Westminster Abbey.

The new video was released Friday, though it was recorded earlier at a royal Christmas carol service -- which Kate hosted. "I’m so excited to be hosting #TogetheratChristmas here at @wabbey, a place that’s really special to William and me,'' she had tweeted.

A post shared by Duke and Duchess of Cambridge (@dukeandduchessofcambridge)

The official Instagram account of Kensington Palace also shared a short snippet of the video. "A very special performance of 'For Those Who Can't Be Here' with @IAmTomWalker for #TogetherAtChristmas," they captioned the post.

The mother of three was looking stunning in a red dress.

A post shared by Duke and Duchess of Cambridge (@dukeandduchessofcambridge)

Sharing a short snippet, Walked tweeted, "WHAT A NIGHT🤯 I can’t thank enough for being a part of this performance. This is dedicated to those who can't be here this Christmas including my grandad."

Reflecting on the show, Tom told the publication: 'We rehearsed the song like nine times and by the end of it she'd absolutely nailed it, and then she went away for a couple of days and practised it, and then we finally got to do the recording of it.'

As per the People, She learned the piano as a child and has taken "great comfort" in playing music throughout the pandemic. "Music was very important to the Duchess during the lockdowns," says the royal source said reportedly.