Hailey Bieber gets matching tattoo with husband Justin; read inside for details 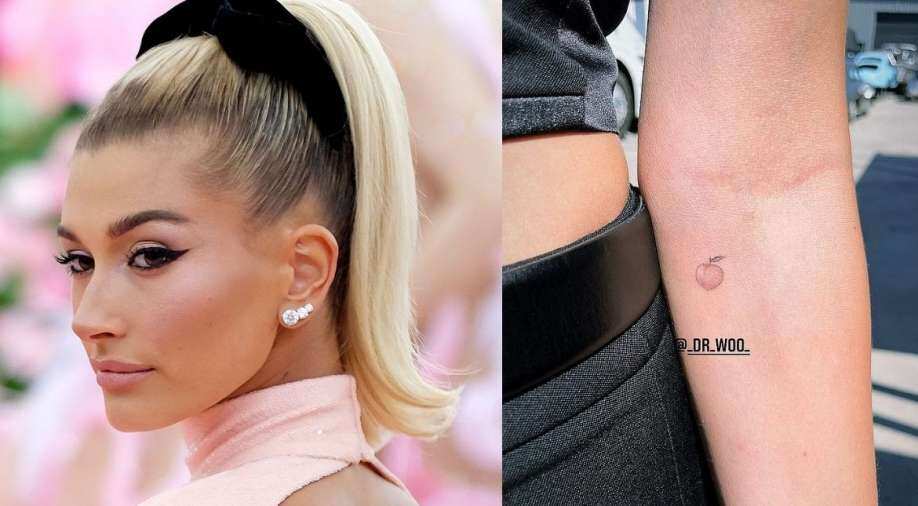 Justin Bieber has about 70 tattoos on his body.

Justin Bieber and model wife Hailey continue to give us couple goals as the wifey paid a tribute to Justin with her new tattoo.

She revealed her peach tattoo as a nod to Justin’s new song Peaches off of his new album titled ‘Justice’. Taking to Instagram, Hailey Bieber showed off the tiny tattoo which was placed just below her elbow.

Posing in a ribbed playsuit, a tiny plaster could be seen in the crook of Hailey's arm to allow her new ink to heal.

This tattoo now matches one with Justin Bieber who mentioned earlier that he was thinking of getting it done in honour of the track.

Justin Bieber has about 70 tattoos on his body.