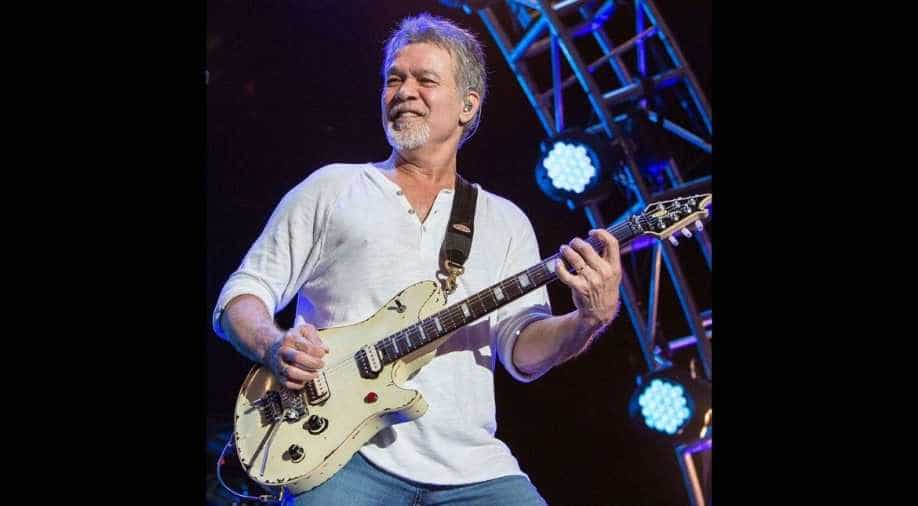 Wolfgang Van Halen is not impressed by the Recording Academy's tribute to the iconic guitarist in the 'In Memoriam' segment at the recent Grammy Awards.

Legendary American guitarist Eddie Van Halen's son, Wolfgang “Wolf” Van Halen, is speaking out against the way the Grammys 2021 ceremony chose to honor his late father in the show's 'In Memoriam' segment.

“The Grammys asked me to play ‘Eruption’ for the ‘In Memoriam’ section and I declined,” Wolf began in a statement posted to Twitter.

"I don't think anyone could have lived up to what my father did for music but himself. It was my understanding that there would be an ‘In Memoriam’ section where bits of songs were performed for legendary artists that had passed. I didn't realize that they would only show Pop for 15 seconds in the middle of four full performances for others we had lost," he continued.

“What hurt the most was that [Eddie Van Halen] wasn't even mentioned when they talked about artists we lost in the beginning of the show. I know rock isn't the most popular genre right now (and the Academy does seem a bit out of touch), but I think it's impossible to ignore the legacy my father left on the instrument, the world of rock, and music in general. There will never be another innovator like him.”

He also made it clear that he just wanted to explain his side, and didn`t want to get into controversies.

The brief 'In Memoriam' segment honoring the Van Halen guitarist, who died in October of last year, showed an archived clip of the performer wailing on guitar while the camera panned to his famous Fender “Frankenstrat” guitar.

According to The Independent, other rock performers took issue with the brief tribute as well, with Extreme lead singer Gary Cherone writing on Twitter, “Maybe an artist that reimagined how one plays an instrument, who continues to influence generations of musicians and, literally changed the course of rock 'n' roll deserves more than fifteen seconds at the Grammys?”

Maybe an Artist that reimagined how one plays an instrument, who continues to influence generations of musicians and, literally changed the course of rock ‘n’ roll deserves more than fifteen second at the Grammys? #LongLiveTheKing

The guitarist for Twisted Sister, Eddie Ojeda, also wrote on Twitter, “Very sad that EVH was not given a respectful TRIBUTE at the Grammys last night.”

Very sad that EVH was not given a respectful TRIBUTE at the Grammys last night.