Barack Obama and Bruce Springsteen launch a podcast series together 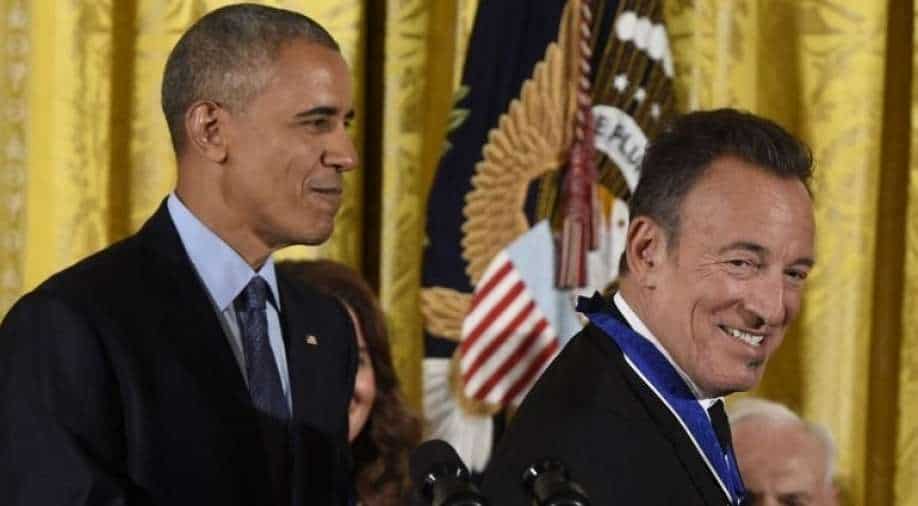 Barack Obama and Bruce Springsteen are coming together on Spotify for an eight-part podcast.

Obama announced on Twitter that he and the storied musician teamed up on a podcast series titled 'Renegades: Born in the USA'

The tweet included a video trailer, which is narrated by Obama.

"On the surface, Bruce and I don't have a lot in common. He's a white guy from a small town in Jersey. I'm a Black guy of mixed race born in Hawaii. He's a rock-'n'-roll icon. I'm not as cool. In our ways, Bruce and I have been on parallel journeys. Looking for a way to connect our own individual searches for meaning, truth, then community with the larger story of America. And over the course of a few days, all just a few miles from where he grew up, we talked. What we discovered during these conversations was that we still share a fundamental belief in the American idea. Not as an act of nostalgia but as a compass for the hard work that lies before us."

Last year, I sat down with my good friend Bruce @Springsteen for a long and meaningful conversation that touched on so much of what we’re all dealing with these days. I’m excited to share it with you over the next few weeks: https://t.co/sQACD08AWx pic.twitter.com/biMoxCLhAG