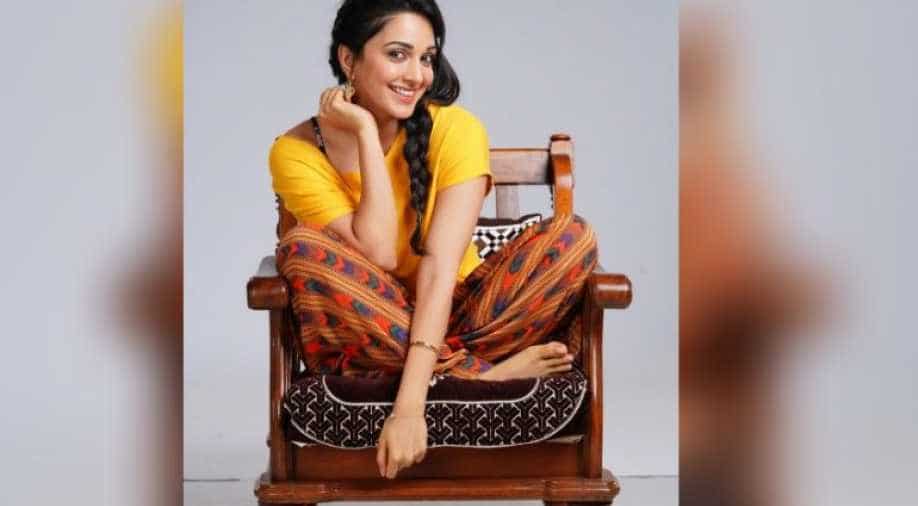 It will depict the story of Indoo Gupta, a feisty girl from Ghaziabad, whose left swipes and right swipes with dating app results in hilarious chaos.

Months after announcing the film, Kiara Advani has finally stepped into the shoes of her new character as the shooting for her next outing 'Indoo Ki Jawani' has commenced.

The team including Kiara, co-star Aditya Seal among others have started filming the upcoming female-centric feature in the city of nawabs - Lucknow, film critic Taran Adarsh shared the news on Instagram.

The quirky comedy film marks the Bollywood debut of Bengali writer-filmmaker Abir Sengupta. Touted to be a modern-age love story, the flick is said to be based on dating apps. Reportedly, it will depict the story of Indoo Gupta, a feisty girl from Ghaziabad, whose left swipes and right swipes with dating app results in hilarious chaos.

The film is being bankrolled by Monisha Advani, Madhu Bhojwani with Nikkhil Advani and co-produced by Niranjan Iyengar and Ryan Stephen.

On her work front, Kiara was last seen in 'Kabir Singh', alongside Shahid Kapoor. The film, which opened to mixed reviews, is unstoppable at the box office. She has a number of films in the pipeline including 'Good News', which co-stars Akshay Kumar, Kareena Kapoor Khan, and Diljit Dosanjh; 'Laxmmi Bomb' where she will again be seen alongside Akshay; 'Sher Shah' opposite Sidharth Malhotra.