It wasn't BET 2019 Awards, it was Cardi B night as she takes home Album of the Year 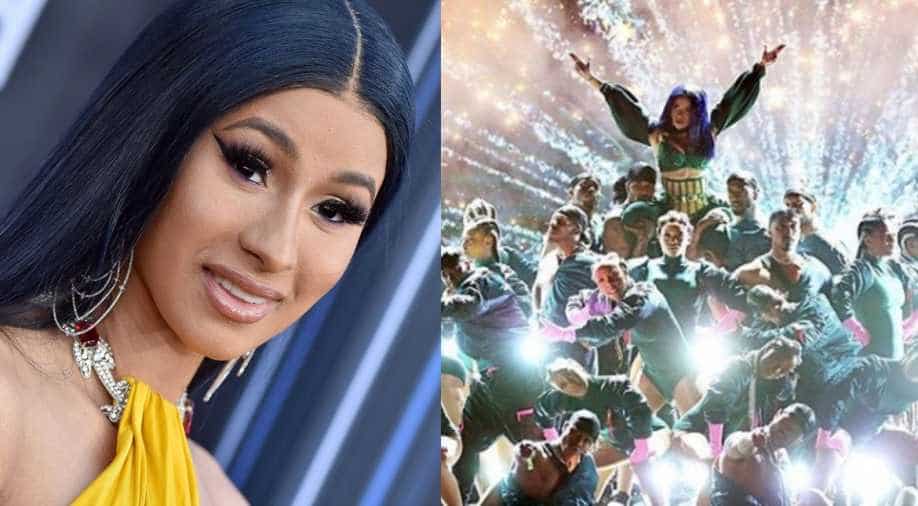 Cardi B defeated Travis Scott for Astroworld, Meek Mill for Championships, Ella Mai for Ella Mai and The Carters (Beyonce and Jay-Z) for Everything Is Love.

Cardi B brought home a lot of swag as she performed and picked up a prestigious award at the recently held BET 2019 Awards. The event took place inside the Microsoft Theatre in Los Angeles as it honoured the best of the year from the world of music, television, movies and sports.

The Lifetime Achievement Award was handed over to Mary J Blige while the late musician Nipsey Hussle who was killed last year in a racist attack was honoured with the Humanitarian Award.

Cardi B meanwhile got the Album of the Year as she came dressed in a leaf green dress that had voluminous sleeves and shoulder pads.

She also performed to her hit songs as she changed into a deep green dress that had cutouts on thighs and pelvic area including the upper body. The dance was a hit with the celebs who came to attend as she was seen grooving to the music solo and also with husband Offset.

As for the award, Cardi B defeated Travis Scott for Astroworld, Meek Mill for Championships, Ella Mai for Ella Mai and The Carters (Beyonce and Jay-Z) for Everything Is Love.

During her speech, Cardi B spoke about how women singers are overlooked but Cardi's numbers do all the talking. She thanked her team as well as the artists who collaborated with her to make Invasion Of Privacy a triple platinum album.