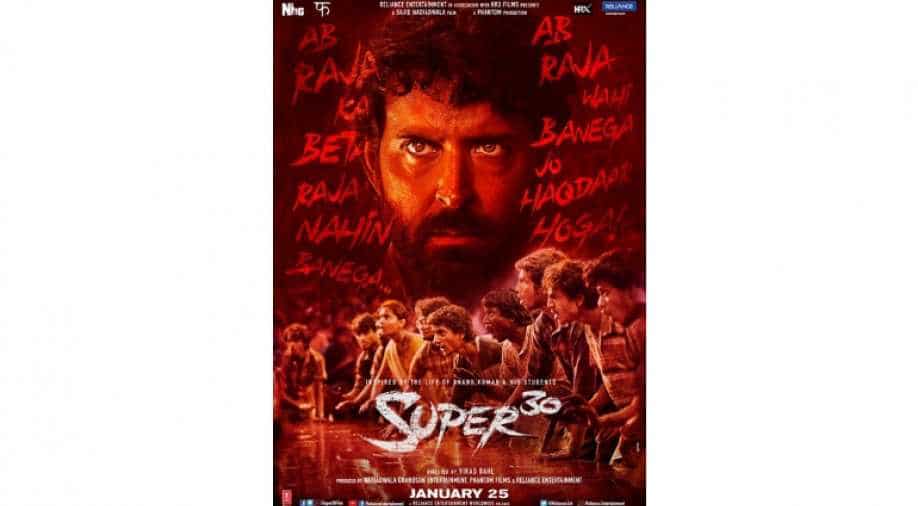 Hrithik Roshan surprised his fans as the actor has lent his voice to the latest track 'Question Mark' from his upcoming film 'Super 30'.

Hrithik Roshan, who is playing the role of Indian Mathematician Anand Kumar in the upcoming film 'Super 30', surprised his fans as the actor has lent his voice to the latest track 'Question Mark'.

The two minute and 12 seconds song opens with the actor educating underprivileged children the importance of question mark in academic studies.

In the song, Hrithik can be seen rapping the lines at first where he is teaching mathematics to his students by giving references from real-life incidence and locations.

More than anything, the actor is seen consistently singing and teaching the class of 30 students the importance of question mark in life.

To give a more detailed aspect to the song, everything has been given a special three-dimensional effect which is making the song more interesting.

The actor shared the song on his Twitter handle and wrote, "Giving a voice to every question quite literally! Had a ball of time not just filming but singing the super fun song. #Super30."

Giving a voice to every question quite literally! Had a ball of a time not just filming but singing the super fun song. #Super30 https://t.co/pUPU0xD44l

Earlier, the makers released three songs from the film, including 'Jugraafiya', 'Paisa' and 'Basanti No Dance'.

The song has been rendered by Ajay-Atul, who has also composed and produced the song. The lyrics have been penned by Amitabh Bhattacharya.

Just days to go for his film, the actor is in admiration of his 'Class of Super 30'.

The film, which also stars Mrinal Thakur and Nandish Sandhu in pivotal roles, is set to hit the theatres on July 12.