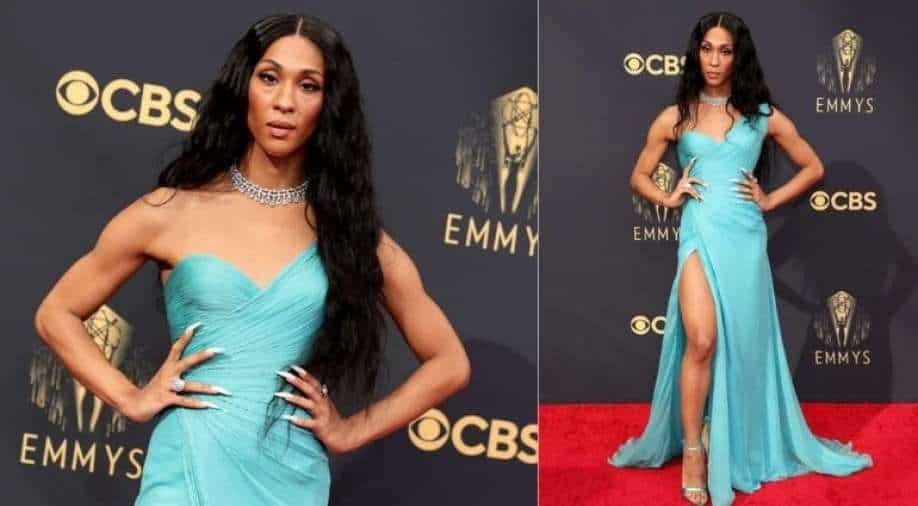 Michaela Jae Rodriguez has just made a Golden Globe history.

On Monday, the 'Pose' star became the first transgender actress to win the 79th Golden Globes award for the Best Television Actress in a Drama category. She earned the trophy for her role of "house mother" Bianca Rodriguez, in the show 'Pose'.

"This year's drama series had us on the edge of our seats. Congratulations to @MjRodriguez7 for taking home the #GoldenGlobe for Best Television Actress -- Drama Series," a tweet read on the official Twitter handle of Golden Globes.

After winning the trophy, Rodriguez took to social media to share her happiness, writing: "OMG OMGGG!!!! @goldenglobes Wow! You talking about [a] sickening birthday present! Thank you! This is the door that is going to Open the door for many more young talented individuals. They will see that it is more than possible. They will see that a young Black Latina girl from Newark New Jersey who had a dream, to change the minds others would WITH LOVE."

''LOVE WINS. To my young LGBTQAI babies WE ARE HERE the door is now open now reach the stars!!!!! @goldenglobes. To the nominees we are Queens. I’m so happy to share space with you! Each and every last one of you women are phenomenal,'' MJ added.

This is also the first Golden Globe win for the series 'Pose', which started premiering in 2018 and concluded with its final season in 2021.

For the unversed, Rodriguez also made history last year as the first trans performer to earn an Emmy nomination in the lead acting categories. However, she did not end up winning that award.

This year's award ceremony was very different with no red carpet, celebrities and media.

The Hollywood Foreign Press Association, which organizes the annual Golden Globes, has drawn criticism over ethics issues and a lack of racial diversity in its membership. In light of the diversity issues, many Hollywood A-listers and studios including NBC, Netflix, Amazon and others have refused to take part in the ceremony until reforms were put in place.