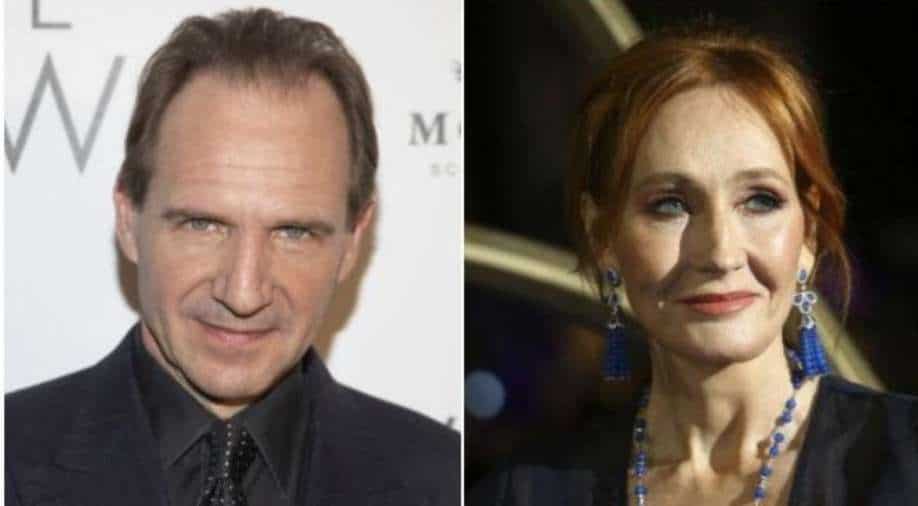 Ralph Fiennes played the role of Lord Voldemort across four Harry Potter films and he has now expressed sympathy for the author of the book on which films were made.

JK Rowling’s stance on transgender rights stoked a controversy last year and ‘Harry Potter’ actor Ralph Fiennes now has something to say on the heated issue.

Ralph Fiennes played the role of Lord Voldemort across four Harry Potter films and he has now expressed sympathy for the author of the book on which films were made.

He said, "I can’t understand the vitriol directed at her. I can understand the heat of an argument, but I find this age of accusation and the need to condemn irrational. I find the level of hatred that people express about views that differ from theirs, and the violence of language towards others, disturbing."

The controversy began in June 2020, when the author first tweeted about an op-ed piece regarding “people who menstruate" and mocked the story for not using the word "women." The tweet got her major backlash.

JK Rowling had then said, "I know and love trans people," and added that she’s been empathetic to trans people for decades."

Soon after the backlash, actors from Harry Potter films voiced their support for trans community with Daniel Radcliffe stating, "I realize that certain press outlets will probably want to paint this as in-fighting between J.K. Rowling and myself, but that is really not what this is about, nor is it what’s important right now. ... Transgender women are women. Any statement to the contrary erases the identity and dignity of transgender people and goes against all advice given by professional health care associations who have far more expertise on this subject matter than either Jo or I. ... To all the people who now feel that their experience of the books has been tarnished or diminished, I am deeply sorry for the pain these comments have caused you. I really hope that you don’t entirely lose what was valuable in these stories to you. … And in my opinion, nobody can touch that."

Emma Watson had said, "Trans people are who they say they are and deserve to live their lives without being constantly questioned or told they aren’t who they say they are. I want my trans followers to know that I and so many other people around the world see you, respect you, and love you for who you are."