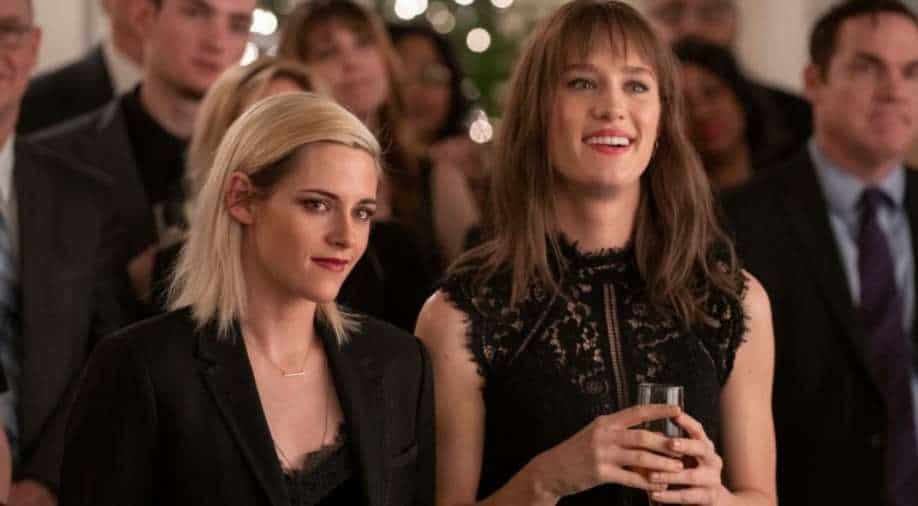 Kristen Stewart, who is bisexual, says she’s astounded it’s taken this long for a major studio to get behind such a film.

'Happiest Season,' out on Hulu on Friday and starring Kristen Stewart, breaks the mold as a romantic comedy about a lesbian couple set around the holidays.

Stewart, who is bisexual, says she’s astounded it’s taken this long for a major studio to get behind such a film.

“I would have loved to have grown up with a movie like this. But the fact that I’m 30 years old and I’m in it - I feel really lucky to be in the first film, but I’m also baffled that it is,” Stewart said.

Stewart plays Abby, who’s been in a relationship with Harper (Mackenzie Davis) for more than a year when Harper invites her to her family home for Christmas. On the way there, Harper reveals that her parents don’t know she’s gay and Abby has to pretend to be Harper’s straight roommate.

“Happiest Season” director and co-writer Clea Duvall said she felt there were was gap in the market for LGBT films with a light touch.

“I don’t think it always has to be this big heavy story,” she said. “We deserve big, bright, bold romances ... where you can have a real happy ending.”

“The fact that its 2020, and I think that it’s the first movie depicting two women falling in love over the holidays by a studio, is kind of shocking,” he said.