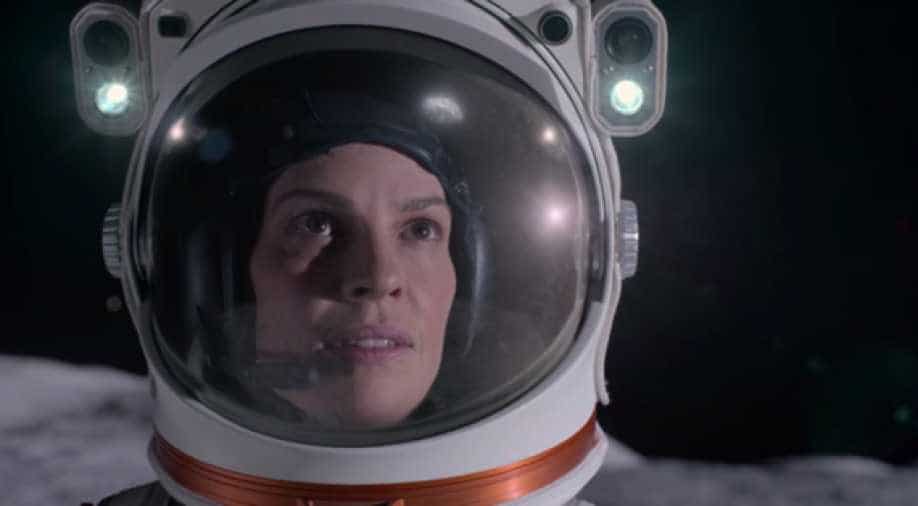 A still from Netflix's 'Away' Photograph:( Others )

Away review: The show is a must-watch for the thrilling space journey to Mars and the raw human emotions we get to see of the crew members.

Scene: Commander Emma Green (Hilary Swank) looks towards planet Earth from distant space contemplating how far away she is, from not only her home planet but also human civilization, society, and most importantly her family. This opening sequence is a perfect launching point for the sci-fi series 'Away', which unlike shows/movies in this genre, not only focuses on the "space" aspect but also dwells deeper into the raw human emotions, sacrifices and the mental and physical turmoil of those who take such space journies.

The story is about the first global effort to send humans to Mars on the spacecraft Atlas. It revolves around the five astronauts from different nations, working together to achieve this monumental feat. However, 'Away' is so much more - their struggles, sacrifices, relations with each other as they work together and ofcourse their ties with loved ones back on Earth.

The crew is an eclectic mix. Commander Emma Green (Hilary Swank) from NASA leads the space mission to Mars, leaves behind her husband and daughter back home. She tries to do her best for the other astronauts and her family, while keeping her own mind sane. Ram (Ray Panthaki) from India's very own ISRO is her second in command and the medical officer. Russian cosmonaut Misha Popov is the most experienced among the crew and is the go-to engineer among the group. Dr. Kwesi Weisberg (Ato Essandoh) is a leading botanist from UK who is tasked to grow flora on Mars. And lastly, Lu Wang (Vivian Wu) from China's CNSA is a leading chemist who displays fierce discipline, order, and honor.

Each astronaut brings in their own special flavor and personality to the 3-year long journey. From Commander Emma Green who is always trying to keep the crew united, to Misha who is always using his experience to help out others,to Dr. Kwesi setting up his much-loved space garden, to Ram's selfless love for mission and others to Lu's quick thinking, every character has been neatly sketched out by the makers.

This show highlights how even a small problem in space can be a life-threatening one. When Ram falls ill to when the water system gets damaged, each roadblock faced by these crew members seems like the end. But, it's their unity, determination and on the spot, problem-solving skills which keeps them going on with a mission that had only 50 percent chances of being successful. They all have each other's back, no matter how difficult the situation gets.

Two-time Oscar-winning actress Hilary Swank fits perfectly in the role of commander Emma Green. A person who has worked hard to reach where she is and someone who wants to be the best at everything she does. Leaving home and embarking on a 3-year long journey to Mars wasn't easy, especially because of her husband and former astronaut's medical condition and a teenage daughter who is in her formative years in school. Matters get worse during her space journey with her husband's stroke and daughter's accident. There are times when she brakes down during the mission but is always able to rise above the crisis, ready to take responsibility for the lives of her fellow astronauts. Credit also goes to her husband who is always supportive and encourages Emma to do her job no matter what happenes back home

The show has a very good balance between the journey of the five astronauts to Mars, and their individual stories in the present and past. A connection that is developed between the two by the makers in each episode never lets the narrative of the show become too linear. The brilliant acting and dialogue delivery make their stories emotionally powerful and we end up rooting for them the whole time.

'Away' has a total of 10 episodes that are roughly 50 minutes long. It might not be the best idea to binge-watch this series because honestly, it does get a bit heavy at times. But, other than that, each episode of the show is beautifully made and has something different to offer to the audiences. The VFX used is also impressive. For instance, visuals of the launch, scenes showing the ground at the Moon and also a space-walk done by the astronauts. A special mention to the music of the show, which adds to the occasional tense or relaxing environment of the scenes without ever becoming too overpowering.

Netflix's show 'Away' is a must-watch for the thrilling space journey to Mars and the raw human emotions we get to see of the crew members.