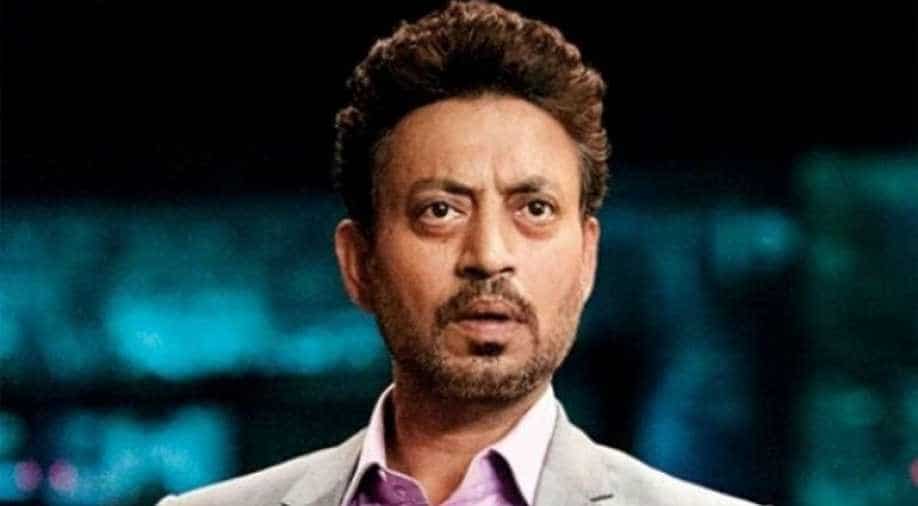 Irrfan Khan not only worked in Indian films but also was one of India's most famous exports to Hollywood.

Irrfan Khan not only worked in Indian films but also was one of India's most famous exports to Hollywood.

On Wednesday, as Irrfan Khan breathed his last, tributes poured in from across the world including Hollywood directors Colin Trevorrow and Ava Duvernay.

Trevorrow directed Irrfan in 'Jurassic World' and recalled one of the conversations he had with the actor.

Deeply sad to have lost #IrrfanKhan. A thoughtful man who found beauty in the world around him, even in pain. In our last correspondence, he asked me to remember “the wonderful aspects of our existence” in the darkest of days. Here he is, laughing. pic.twitter.com/8eAsSOO9Ie

DuVernay wrote about watching the actor on screen and appreciating his work as a fan.

A grateful fan of #IrrfanKhan here. Gone too soon. When he is on screen, you can’t take your eyes off of him. He lives on in his films. pic.twitter.com/aA9RAjsxSl

Rest in peace one of the greatest actors of our time, Irrfan Khan. I never met him but he was an inspiration and a hero to me and millions of others. His work was consistently transcendent, he was a guiding light for so many of us. pic.twitter.com/BwobeLvNLn

If you've not seen his work, watch The Lunchbox or The Warrior. A true artist who spanned Bollywood and Hollywood and was acclaimed in both. His words in a letter to a newspaper about his illness are a reminder of his beautiful mind and of life’s fragility. His work will live on.

Devastated to hear we lost our best Indian actor today. He was the opposite of Bollywood in his naturalistic style. He inhabited characters and their cobwebs so fully, you couldn’t take your eyes off of him. rip #irrfankhan
There’s no one to take your place. pic.twitter.com/edKOQ3dvvI

Closer home, Pakistani actress Saba Qamar, who worked with him in 'Hindi Medium' wrote a rich tribute for the actor.

Deeply disturbed to hear about the passing of Irrfan Khan. I still can’t absorb the news. It feels like yesterday coming back from the sets of Hindi Medium. You taught me a lot as an actor and a mentor. It is indeed a huge loss to the cinema world. Such a brilliant actor gone too soon. You left a huge irreplaceable void in Cinema Irfan. My heartfelt condolences to his family. May Allah give them strength to bear this loss. RIP Raj 💔 Yours Only, Meeta. 🌸

The actor had carved a nice for himself outside India as well and had appeared in films like Ang Lee’s 'Life of Pi', Mira Nair’s 'The Namesake', Danny Boyle’s 'Slumdog Millionaire' and Wes Anderson’s 'The Darjeeling Limited'.

Khan died after a prolonged battle with cancer.